Fishing in Ireland – Catch the unexpected
Home Pike fishing reports Grand Canal Last cast pike from the canal in Athy
Share
Facebook
Twitter
Google+
Pinterest
WhatsApp
Garreth Maher went to Athy for a day’s fishing recently and his luck did not hold up on the River Barrow so he decided to head for the canal and was rewarded with this ‘last cast’ pike of 6 pounds which was safely returned. Gareth says: “It was late in the evening and I saw the water move about 15 meters away, so I followed my instinct walked down & cast in my dead bait and bam that was him. A good catch for me in a difficult time I’m having fishing for pike on the canal. It seems there’s not so many anymore”. 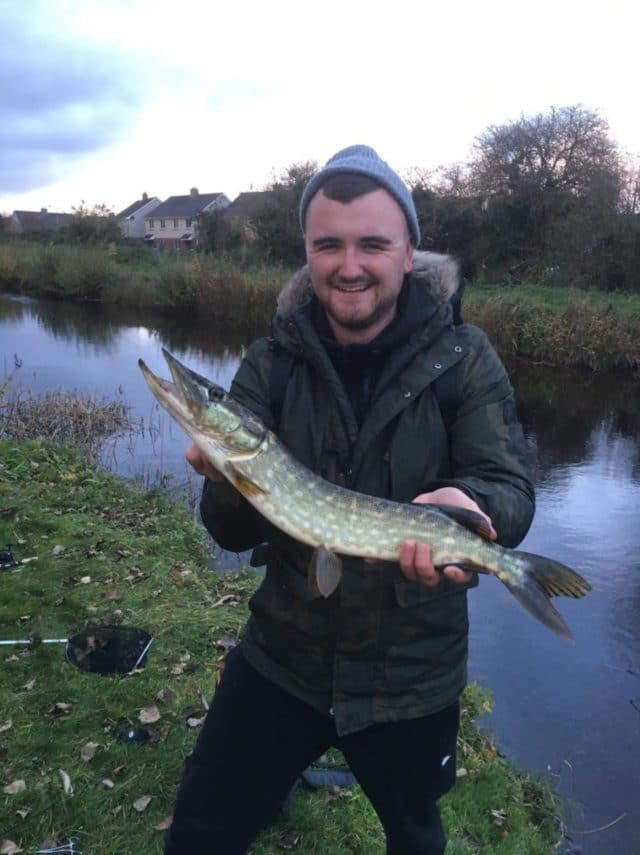 Best week for anglers on the Moy so far