Fishing in Ireland – Catch the unexpected
Home Trout fishing reports Sheelin cold and coloured, yet still alluring as ever 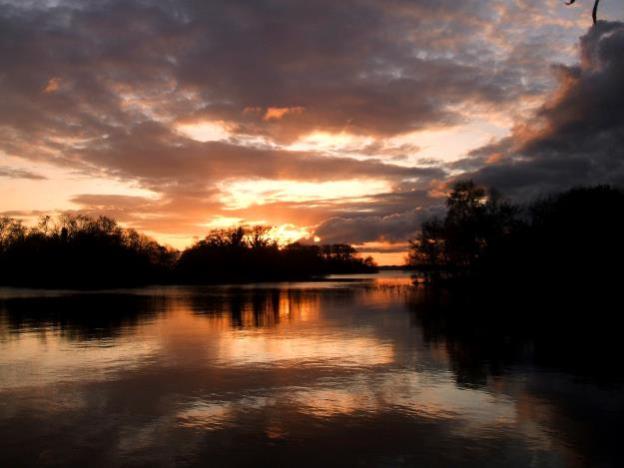 Inarguably this has been a unique and extraordinary week globally, nationally and locally. Leo Varadkar’s speech from New York on March 12th  which the included the gut tightening instructions for schools, crèches and third level institutions to close, felt in some way akin to Churchill’s famous 1940 speech ‘We shall fight on the beaches ‘ when he described a great military disaster and the warning of an invasion.  Undoubtedly we have all been propelled into unchartered territory, a surreal and somber time but hopefully one in which if we support each other and adhere to the experts’ advice we will come through relatively unscathed and perhaps even stronger.

Heaped on top of our viral crises, this week was permeated with challenging weather conditions which swerved from frequent heavy showers of rain and hail to bright harsh sunlight accompanied by fresh to strong bitterly cold south to south westerly winds and sinking temperatures. Water temperatures averaged 6 degrees which is colder than last year and water levels are struggling to drop due to the continuous rainfall.  It seems that the odds are piling up against good fishing on this lake but regardless of all the obstacles and apparent two steps forward and one step back with the water levels, this week saw some fine catches of trout being recorded.

Much as I’d like to write about teams of Sheelin’s traditional wet flies – Sooty Olives, Dabblers, Stimulators, Bibios and Bumbles and maybe the luxury of the odd dry Olive pattern it’s just a little too early as there is not enough to entice the trout off the bottom regions of this lake and upwards to the middle and top water columns. There were a few duck fly starting to appear in the odd snatches of sunshine in sheltered areas on Friday last but as yet there are no mass gatherings here of this early buzzer.

Water temperature makes all the difference in the early part of the trout season. The trout are sluggish in the cold and although eager to feed, will only expend the bare minimum of energy for their meal.  Until the temperature rises, trout will be feeding on the bottom dwellers of gammarus (shrimp) and asellus ( hog louse), intermingled with chironomid (buzzer) larvae, snails and caddis.   For those anglers among us that simply cannot transfer into the dark world of lures, in this second week of the season fishing a team of wet flies on a sinking line and searching the shallows for feeding fish would be the best bet.  A floating line with a weighted nymph on the point, an unweighted pattern on the first dropper and a wet fly on the top dropper might be a good combination.  Anglers should look for those warmer pockets of water, in the shallows and off stony ledges were the trout maybe more active in their feeding.

Similar to last week, this week’s success were all about using lures – Cat’s Whisker, Snakes, Humungus, Minkies and The Ace of Spades. Because the trout’s metabolism is often slower in the cold making them reluctant to chase, a figure of eight retrieve on a slow-moving lure and keeping it close to the bottom proved surprisingly effective. Minkies and Zonkers are great to use when trout are feeding on fry and there was evidence of this from Kilnahard and down into Crover with some anglers reporting the slashing movement of large trout pouncing on their prey close to the shore and of course wherever the prey is the predator will be close by.

As far as the best colour for our early season fly or lure goes a well known angler from the Owenea summed it up by saying ‘if you can’t get ’em on black and silver – give it up’. Due to the steady rainfall here, on some days the waters looked heavily stained and discolouration as a rule normally demands selection of a denser colour as a main colour choice rather than lighter colours, especially white as white tends to acquire the colour of the water.  A contrasting colour makes the fly stand out in the turbid water but the contrast needs to be dramatic, with fluorescent colours adding the necessary vividness.  Blacks and dark earth tones show up well but are more noticeable when coupled with fluorescent colours.

The lures that worked best for the past seven days were a Gold & Black Humungus with beaded head (using a figure of eight retrieve on an intermediate line), Black or Olive Snakes, Black and Silver Minkies, an Ace of Spades and a Black Zonker.

It is a difficult thing to turn your back on the teams of wets, although returns were almost negligible using these for this week, but their day is coming soon. Black Pennels, Connemara Black (size 8), Sooty Olives, Claret Bibios, Golden Olive Bumble, the Snowdrop and the Glister Ollie are good flies to try in the coming weeks. The Snowdrop is a newcomer to me even though its origins go back over 30 years and is apparently not available to buy anymore.  This fly should always be fished at the point and early season brown trout are ‘reportedly’ very keen on it.

The Dabblers have always held their own throughout the fishing season on Sheelin, the most popular are the Silver, Pearly, Green Sooty, Hare’s Ear, Red Hackled and Fiery Brown. A size 6 Claret Dabbler fished as a top dropper using a di3 or di5 can be good for taking early season feeders here.  The Fiery Brown Dabbler is a very versatile fly representing freshwater shrimp in early season, duck fly in Spring, and sedge for the summer.

Some of this week's fish, fishermen and fisherhounds
1 of 6

Best areas for this week were Stony Island, at the back of Church Island, Merry Pt, Inchacup, Bog Bay, Rusheen, Chambers Bay, and from Kilnahard down to Crover. Every day’s fishing was dictated by wind direction which varied from South to South Westerly.

The Kilroy Cup will be fished on Saturday 21st of March from Kilnahard pier from 11am to 5.0pm.  Prizes will be for the heaviest fish and entry is €20.  This competition has been set at a 16 inch size limit with a 2 fish bag limit.  There will be no permits available for sale on the pier on the morning so please buy your permit online beforehand from shop.fishingireland.info.

As lockdown eases local anglers get out on Sheelin