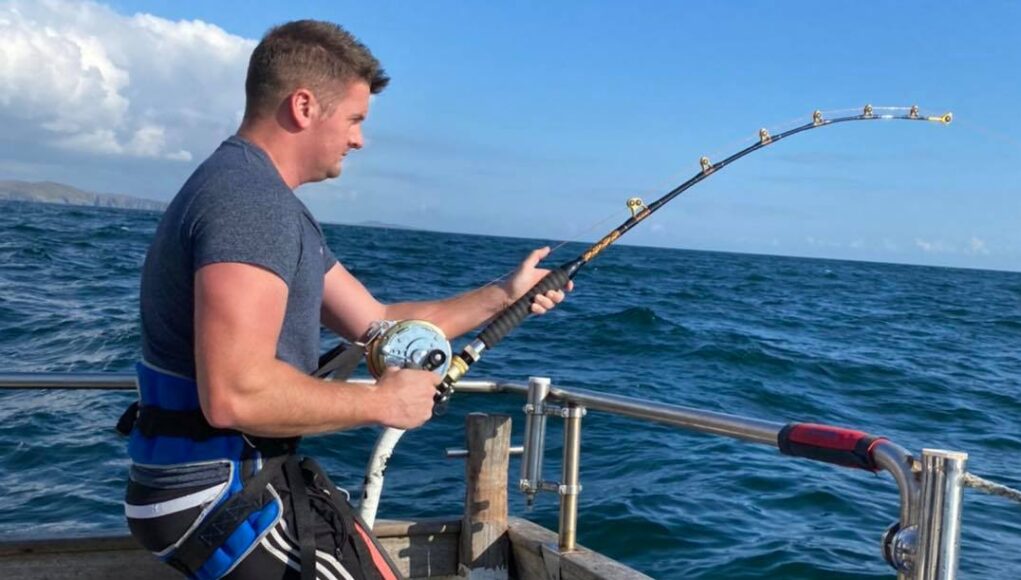 The seas off our south and south west coast are alive with bluefin tuna at the moment and Tuna CHART authorised skippers are making the most of their opportunities to tag and release as many as they can catch before the bluefin season is out.

Fishing out of Baltimore, Radiance tagged five more fish up to 600 lbs on Wednesday bringing Kieran Collins’ season total to 41 fish. Earlier in the week they managed to tag five more fish with one monster estimated at 700 lbs.

Over in Courtmacsherry, skipper Sean Maxwell aboard the Lady Louise was only after the big girls yesterday and he managed to entice four of them to the side of the boat, the biggest a thumping 96 inch fish for Michael Madden.

Still in Courtmac and, just when you thought it was safe to go back in the water… Dave Edwards of West Cork Charters posted this epic video up featuring tuna busting all around the Silver Dawn moments before their second hook up of the day:

Impressive stuff to say the least.

In Union Hall, Tom Collins of Sea Angling Charters only managed to get out two days last week because of the adverse weather conditions but he still managed to hook ten tuna bringing 6 to the boat for tagging. Tom reckons that the sea off West Cork is stuffed with tuna at the moment and it’s only going to get better as we progress into Autumn.

It was a family affair for Adrian Nowotynski of Irish Deep Sea Charters as he took younger bro Alex out on the Chloe Jay for a half day’s tuna fishing on Wednesday; it turned out to be a full day’s work for Alex with three nice tuna in the 300 – 400 lbs range tagged and released before 2pm.

Over to Ballycotton in East Cork and Derek Schwartau had a tough day earlier in the week with three good fish trashing his gear. He did manage to tag one nice fish so all was not lost.

Tuna CHART (CatcH and Release Tagging) will see authorised vessels catch, tag and release Atlantic Bluefin Tuna for data collection purposes off the Irish coast.  The programme, which is being developed by Inland Fisheries Ireland and the Marine Institute in partnership with the Sea Fisheries Protection Authority, the Department of Agriculture, Food and the Marine and the Department for Communications, Climate Action and Environment, operated on a pilot basis in 2019.

Anglers wishing to engage in this fishery must only do so on a sea angling vessel specifically authorised to participate in the pilot programme.  Any person engaging in this fishery on any vessel which is not appropriately authorised will be in breach of the Sea-Fisheries and Maritime Jurisdiction (Bluefin Tuna) Regulations.