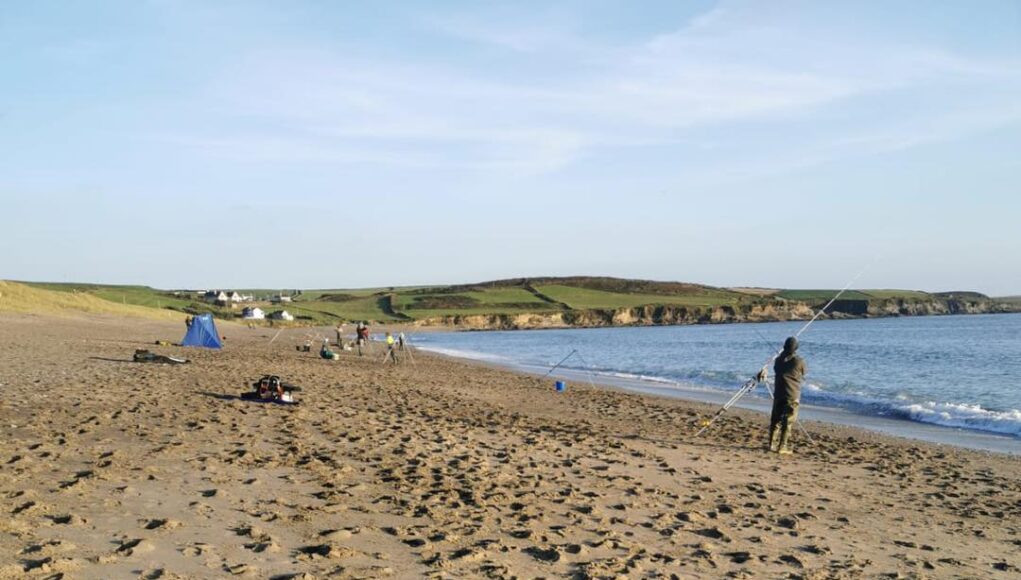 Pete Davis of West Cork and District SAC put together this great report of their recent club match on Long Strand in Clonakilty:

Fourteen anglers made the trip on Sunday to Long Strand in Clonakilty on an unseasonably warm and pleasant Sunday afternoon. Arriving onto the beach it was clear that the weather was just too good and the seas had settled considerably since a blow earlier in the week to as calm as you’re ever likely to see Long Strand in October. It’s a beach that needs a bit of a surf to bring out the best of it and it was clear from the start it was going to be a scratchy affair.

That said, looking at the stats you could be forgiven for thinking it had been a fish fest with 142 fish hitting the cards across the 14 pegs. It was unfortunate however that the absolute vast majority of these were undersize weevers. Weever Alley it was christened for the evening and its fair to say I have never seen such a proliferation of them in nigh on 20 years. Over the last 3 years, I’ve seen increasing numbers of these fish appearing from one end of the country to the other. I’m not sure what it means but it’s certainly something to bear in mind next time you’re going for a paddle! If you are on the beaches, T-barring them off into a bucket is far and away the safest way of dealing with them and avoiding incidents. We have had one or two over the last number of comps and its unpleasant for anyone concerned.

So, a weever fest it degenerated into, the lower number pegs fished slightly better earlier on than the mid to high numbers but most people would have filled their quota of 10 undersized fish come end of comp. A couple of very small bass along with a couple of stonking flounder appeared along with a few small turbot and the odd counting pollack of all things. Pete Davis managed possibly the smallest fish of the night (year…!) with a 6 (yes 6..!) cm turbot, a fish whose determination not to turn down a free lunch you can only admire and where grub is concerned probably only closely matched by Pete himself…. 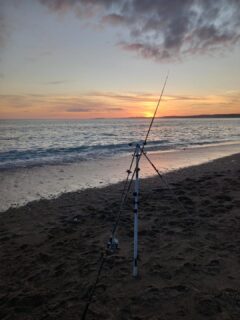 Counting fish were hard to come by, but there were a few and they were worth their weight in gold come the end. The winner on the night was JP Molloy with 13 fish, Pete Davis and Lee Meiklejohn tied scores in the hunt for second place with 12 fish and 146pts apiece with it going to Lee by virtue of his biggest fish being 1cm larger than Pete’s (small margins on the night!) and Pete taking 3rd. The junior section was won by Liam Davis with 12 fish with Evan Collins hot on his heels with 10 fish.

In yet another example of the Juniors sticking it to the auld fellas this year, Liam would have taken second place overall, outright without any need for any countback shenanigans had he fished as a senior and once again claiming the bragging rights on the way home over his dad. JP Molloy took the pool for the longest flatfish with a fine 38cm fish with Lee Meiklejohn taking the Roundfish pool with a 23cm Bass.

All in all, whilst the fishing on the night was a shadow of what this venue and area is capable of in better conditions, a pleasant evening was had. The weather and conditions have just been too good for our last couple of comps and we look forward to our next run out in Youghal in November.