Fishing in Ireland – Catch the unexpected
Home Salmon fishing reports A few salmon and a sea trout in the last week on... 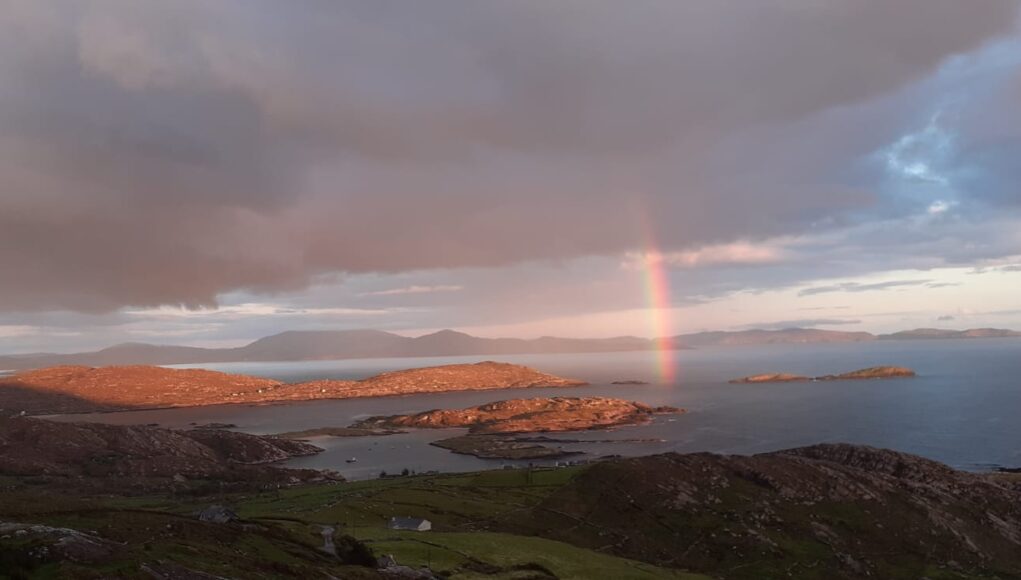 13/5/21 The Battle is really on and it’s great to see a good few boats out, seven to be precise, with all their efforts just one Sea Trout caught. Wind NNW and variable and sunny all day.

14/5/21 The Lough Currane Wild Atlantic Salmon make it quite clear that they prefer the blues to the Brown tags. I’m sure the rest of the Currane Anglers agree and for good reason. There were two Salmon caught on the troll today and first in my striking zone is renowned Currane Angler Mr. Andy Wishart, who caught a fine 9 lbs. Salmon on the troll. Also in good form was local angler Tam, while trolling caught a fine 10 lbs. Salmon. Wind SSE fresh, bright in the morning come afternoon it clouded up followed by the rain.

15/5/21 The Currane Anglers were all quiet on all fronts this day after yesterday’s fine bit of action. Just for the record there were 5 boats out today. So on that note we head for the archives, you may ask why? Well I have seen a lot of the past on Facebook on Lough Currane on how good it was in the last twenty years, personally I would rather be debating the present and the future, but today I will be a hypocrite and reminisce on Lough Currane and its fishery of the past and in my opinion it puts the last twenty years in its proper perspective, the year 1970, starting on January 17th to March 9th there were 45 salmon caught, the biggest was 18.5 lbs. plus Mike Moriarty RIP caught a 12 lbs. Salmon on Derriana  all caught in 52 days.

16/5/21 Straight to the apologies department because I failed to report yesterday that Currane Angler Mr. Roger Dickeli caught a fine 7 lbs. Salmon on the troll. Now to today’s manipulations, there were a few boats out and there was one Salmon caught in the 7 lbs class on the troll by an angler fishing on his own. Wind North Light and just for the record it made a nice drop of rain last night but nothing big.

17/5/21 Seven boats out manipulating the waters of Lough Currane as their day went on they were getting frustrated with the lack of action and that sums up today’s manipulations as their reels stayed all quiet on all fronts. Wind NNW and veered W late afternoon with reasonable cloud cover.

18/5/21 Just four Currane Boats headed out for that strike of a wild Atlantic Salmon but for all their efforts their lines stayed slack. Wind WSW and veered WNW light with good cloud cover. Just for the record as you all know we had a drop of rain and you can say the lake approximately rose about 8 inches.

Find out more about Lough Currane…

The rivers and lakes of Waterville drain a large catchment and are regarded by many as the foremost Salmon and Sea-Trout fishery in the country. The lake system is well developed with access to boats and guides being readily available to the tourist angler. The Sea-Trout caught here are renowned for their size and quantity. For more details see