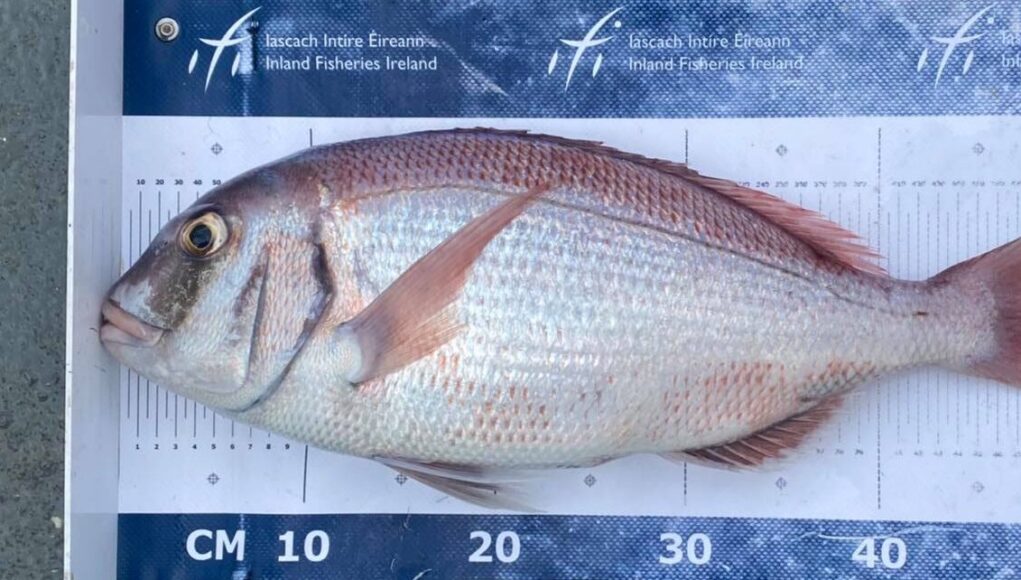 Kieran Collins has had some really interesting catches lately on Radiance fishing out of Baltimore. Just over a week ago, on a difficult bluefin tuna trip, Ben Horgan seized an opportunity to catch a fine specimen stone basse of 11.38lb which is just under the current Irish record size of 11.72lb.

This week, Radiance went even more exotic with the capture of what they reckon is a Couch’s bream, with Andrew Harrison the lucky angler who made the capture. The Couch’s bream feeds on small fish, crustaceans and shellfish. It has a wide distribution and is found throughout the Mediterranean, off the coasts of Africa and around North and South America, although in more recent times they have become more common in the English Channel and off the south coast of England.

Rumour has it that a few have been turning up off the Cork coast in the last couple of years, so if you do manage to catch one please let us know at reports@fisheriesireland.ie.

Notes: Wreck fishing, shark fishing and common skate fishing are three kinds of sea angling that Baltimore is famous for, but most of the popular sea angling species of Britain and Ireland are found in these waters. And off Baltimore they are joined by a number of more exotic species, courtesy of the Gulf Stream. Fishing like this is no more than a distant memory in so many other places once famed for their sea angling.

We are involved in  tagging programmes with Inland Fisheries Ireland – in which we are tagging shark and common skate.