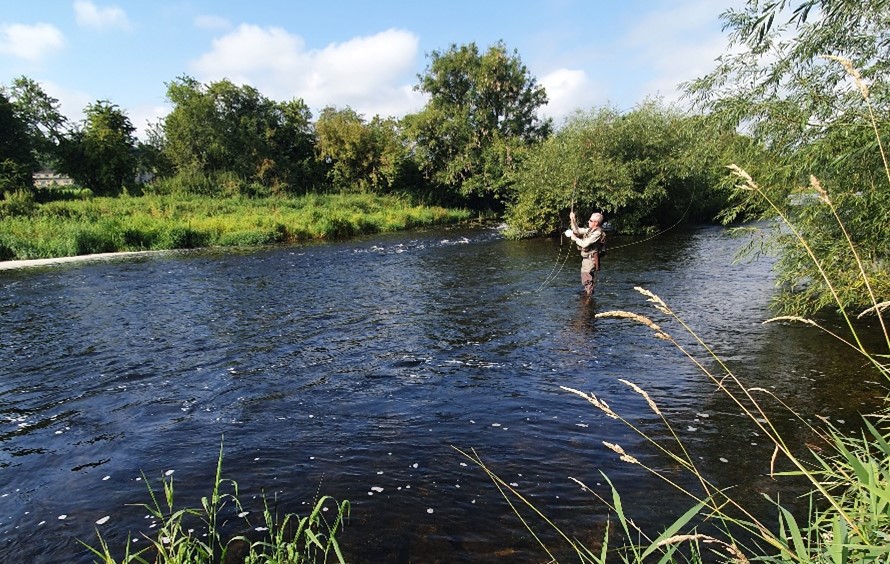 Steven McKenna from our South Eastern RBD office reports that the 2021 season on the River Nore was regarded as one of the best the river has seen in the last few years:

The Nore opened in early March when strict Covid restrictions in force, only allowing a few local anglers to venture out with the odd report of a fish or two being caught through March & early April.

By the end of April & into early May, reports were coming in of more fish being caught between the mid and upper catchment of the river. In Mid-May, a good flood on the river brought some exceptional fishing, particularly from Brownsbarn up to Kilkenny. Local anglers think that it may have been the best run of spring salmon they have seen on the system in a long time. From May onwards, the run of salmon entering the river did not stop and, when conditions allowed, there was some exceptional fishing to be had.

By mid-June & into July, like most other rivers in the country, the Nore became very low with lack of rain. The low water slowed the run of fish but did not stop them, the lower end of the catchment started producing some great fishing particularly from Brownsbarn down to Inistioge. A lot of anglers also noted not just the quantity of fish but the quality of salmon and grilse which were running, all were good sized fish in great physical condition. 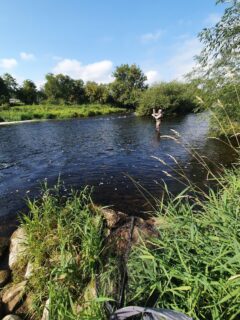 By mid-August, the run had slowed down quite a bit, low water & high-water temperatures most certainly did not help, but even so anglers where still reporting good fishing on a regular basis. By September the was a very good number of fish throughout the catchment, albeit resident fish which were difficult to catch. Nonetheless, anglers on the river where still happy with the season.

Over the past few years, the Nore would not be regarded as very productive sea trout fishery, but the last two years have shown a shift in the trend sea trout numbers – which have been getting better and better – and this season proved the same. There was some very good sea trout fishing on the lower Nore catchment particularly from Thomastown down to Inistioge. Local anglers have said that, in years gone by, sea trout fishing was very good on the Nore, but in recent times their numbers had declined dramatically. This season, as with last season, the anglers are very encouraged to see sea trout returning to the Nore in relatively good numbers.