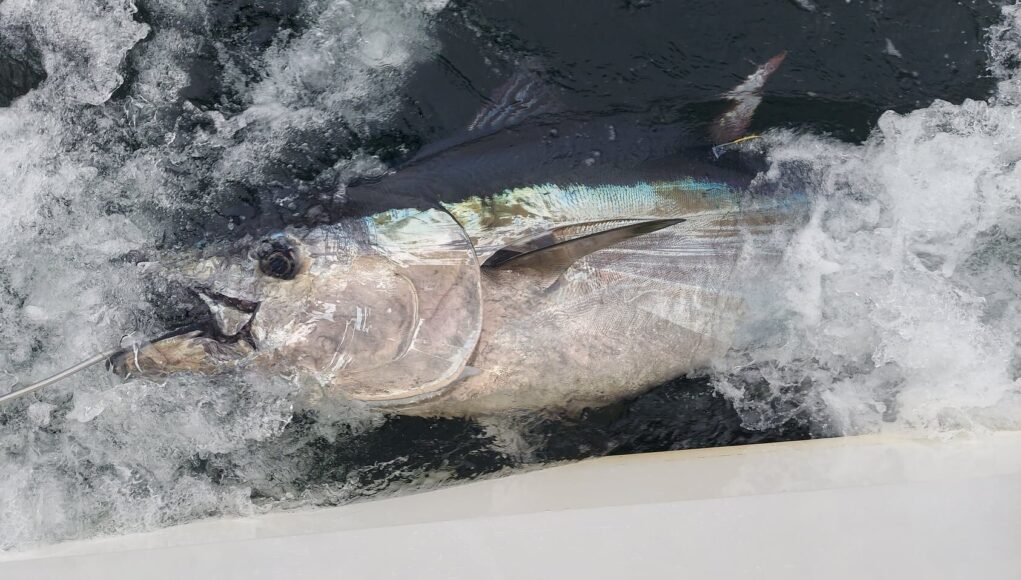 Skippers from the bluefin tuna CHART programme will have had their last opportunities to tag a giant this week, as the short season draws to a close this Friday, November 12th. As is often the case in angling, once you think you have cracked it, the fishing proves you wrong and following the highs of the 2020 season, the 2021 edition was a much more difficult affair.

Adrian Molloy of Tuna.ie managed an incredible 250 fish in 2020, but this week three more tuna, including number 85, of a much slower season were brought alongside Deep Blue for tagging. It must be said though, that 85 tuna in a four month season would still be pretty good anywhere else in the world. Bluefin number 85 for Tuna.ie in 2020, caught by Joe Foley on Wednesday, was a super 250cm fish.

Tuna Mick managed to get a couple of fish in Donegal Bay last Friday, Nov 5th. A weather window of a few hours in the morning was enough for the Leah C to get out and a nice 520lber followed by a smaller version of 400lb+ were the rewards.

Down south, Dave Edwards of West Cork Charters wasn’t willing to let the season slip away without one last roll of the dice aboard the Silver Dawn. With so few fish around he wasn’t really expecting to hook up, but that he did, and following a 25 minute battle that proved to Dave just how unfit he is, a 200kg beauty was tagged and released. Dave also managed a single fish last Friday fishing out of Baltimore.

Irish Deep Sea Charters failed to tag a tuna on their last trip out – but only because the 80incher they played to the side of the Chloe Jay managed to wriggle free of the lip hook before the tag could be inserted! Skipper Adrian reckons that the area is full of dolphins, whales and, of course, the bait fish that they are all after at the moment. 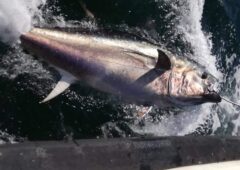 We’ll hopefully bring you a 2021 season round up from the whole fleet in the coming weeks – once all the data is gathered and the numbers are crunched.