Fishing in Ireland – Catch the unexpected
Share
WhatsApp
Facebook
Twitter
Pinterest
Linkedin
Email
South Shore SAC report on the recent Jimmy Smith Open Competition held at Morriscastle beach:
Entries were good leading up to the Jimmy Smith competition, but as always we had some non-runners and this was to be expected. However, more than eighty anglers thronged Morriscastle beach on a blustery but dry evening. South Shore would like to thank all those who attended for their support in these trying times. Expectations were high given the conditions with plenty of coloured water close inshore. The talk in the car park was about Dogs (LSDs) and were they going to show.
Traces that were baited and flung skywards at kick-off in search of dogs were greeted with Arachnocrustacean (Spider Crabs), while the clever anglers opted to cast into the gully for the flats lads (Flounder). This seemed to be the option for a lot of anglers as the Spider Crabs seldom venture across the bank for fear of been trapped. The flat lads (Flounder) love moving up and down the gully picking off bits of food washed off the bank. Most anglers who opted for distance on their first cast had their snoods bitten off by our crawly friends the Spider Crabs. In recent years we seem to be getting an invasion of these aliens, maybe it’s global warming, but who knows? 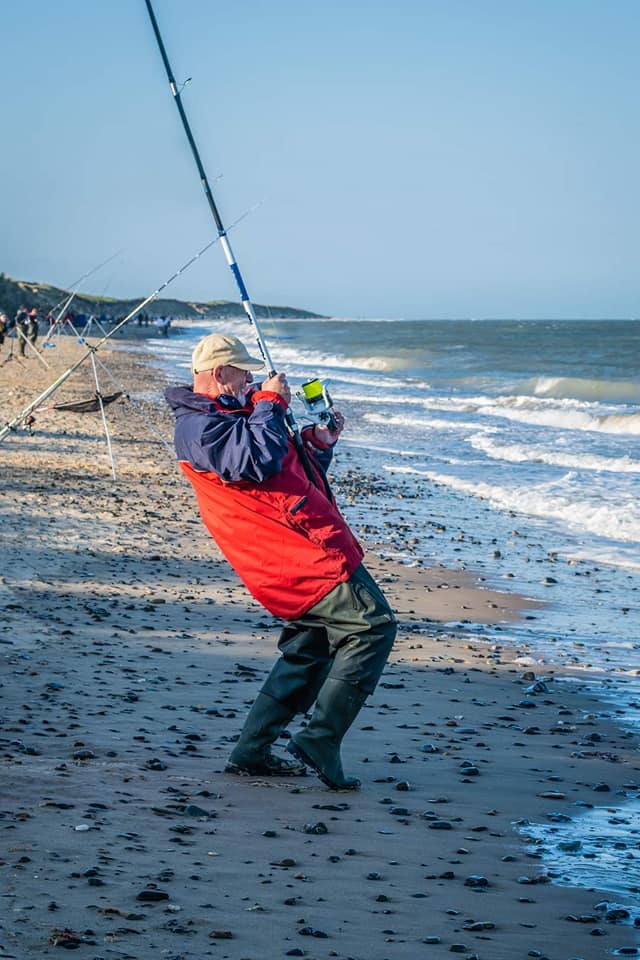 We had four Zones pegged from the gap at Morriscastle right up to Ballinoulart and it was an impressive sight to see so many anglers along the beach. Some Zones fished better than others with good bags in most Zones. The gap at Morriscastle lived up to its reputation as a hot spot with anglers getting good bags of flounders. Those brave enough to stay outside the bank at distance were rewarded with dogs and Smoothounds, although the snoods on their traces suffered from the pesky spiders.
Praise must go To Paul Whelan for his outstanding performance on winning the Jimmy Smith. Paul had 17 fish with a good few dogs (LSDs) and a cracking Smoothound of 91cm.
Well done to Cathal O’Reilly on winning the Maurice Dalton Trophy, Cathal was in impressive form catching 9 fish to beat off his competitors.
We had some women anglers fishing and congratulations to Liz Mc Mahon on winning the ladies trophy.
Well done to Zone winners, Aidan O’Haloran, Paul Whelan, Jake Melly and Thomas Mahon, great fishing lads.
A lot of hard work went into running this competition by the South Shore committee, endless hours of phone calls printing and securing sponsorship. We had some controversy over size limits and the like, but in the end, it really didn’t matter. What mattered was that we were meeting old friends and doing what we enjoy doing best and that’s fishing.
I would like to thank our sponsor Swords Angling, Ruairi Coleman for his generosity for donating so many prizes, much appreciated. It is up to us anglers to support our sponsor. Swords Angling has a comprehensive amount of tackle for the match angler and does some great bait. Also, check out his website for good deals.
It was reported on Facebook that the beach was walked the following morning and not a bit of rubbish was found, credit to all anglers, well done.
Special thanks must go to Peter Flahive who not only conducted the check-in but also got the results out very fast, well done peter.