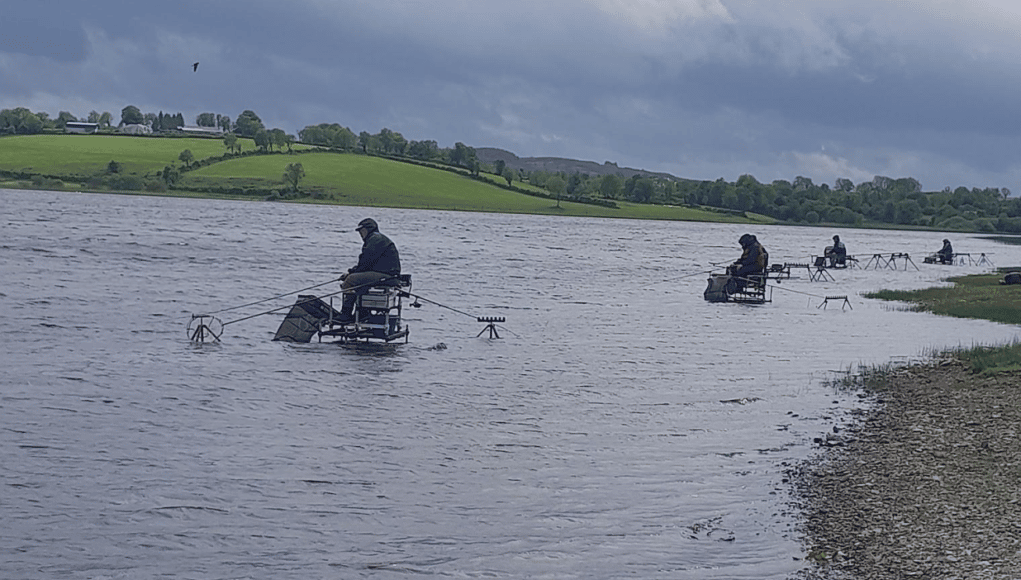 Last week saw the return of the Arva Seniors festival after over a two year absence due to the pandemic, it was great to see all the anglers familiar faces along with a few first timers.

The 40 anglers in attendance consisted of anglers from all around Ireland, the UK,and France, and were faced with tough conditions for the week. The weather often feeling more like November than early June, very heavy rainfall through the week, with at times gale force northerly winds made for uncomfortable days on the bank. This together with a late spawning time this year due to a particularly cold spring meant that the fish were not around in their usual big numbers, despite this the anglers still managed some reasonable weights.

It quickly became apparent that Kevin’s Shore was the place you needed to make the most of as this is where the top weights came from for the week with good bream, hybrids, and perch all coming on the feeder, top daily weight of the week was 25kg coming to festival regular Julian Kendrick, but it was the ever consistent Tony Green who took top spot over the week winning the festival with a brilliant performance.