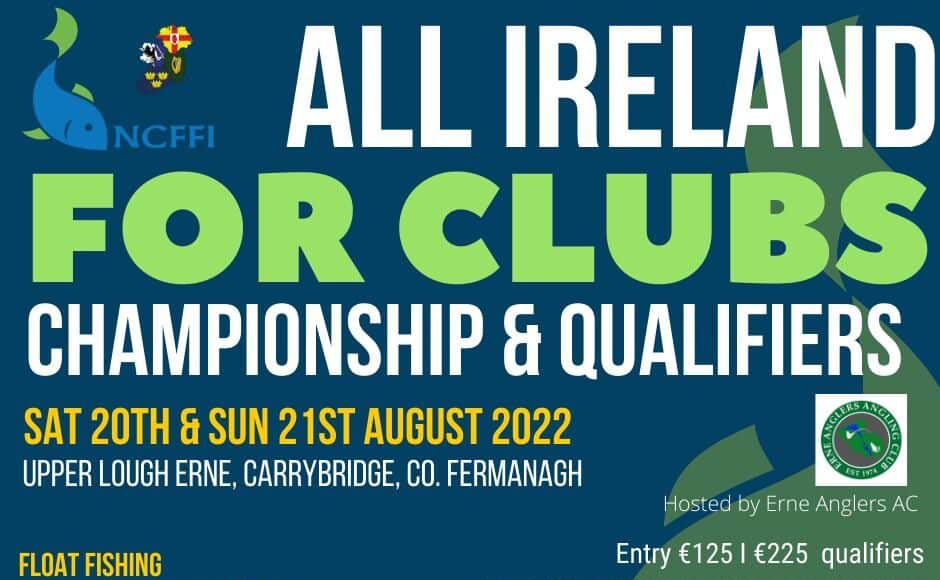 The NCFFI invites your club to present a team at the 2022 edition of the All Ireland Championships for clubs. The five person team event is float fishing only to CIPS/FIPS rules with a 13m pole limit. The championships will take place over the weekend of 20th & 21st August on the Upper Lough Erne in County Fermanagh hosted by the ERNE Anglers.  Bait limits apply.

Entry is open to NCFFI member clubs at €125 per team. Registration is in advance with payment for the €25 administration fee only. €100 pools will be collected on the day and shared among the winning teams. Clubs may enter as many teams as they wish. Book in at https://www.ncffi.ie/flcq

The draw will take place at the Carrybridge Lakeside Lodge. Sections to be fished may include Bellanaleck, Schools, Innismore Viaduct, Dolan’s Ring and Cleenish and are dependent on numbers.

The championship will also serve to select the club teams to represent Ireland, at the FIPSed World Club Championships to be held in Poland in 2023. There may be an opportunity for two teams to qualify dependent on availability to be confirmed by the host nation at a later stage. 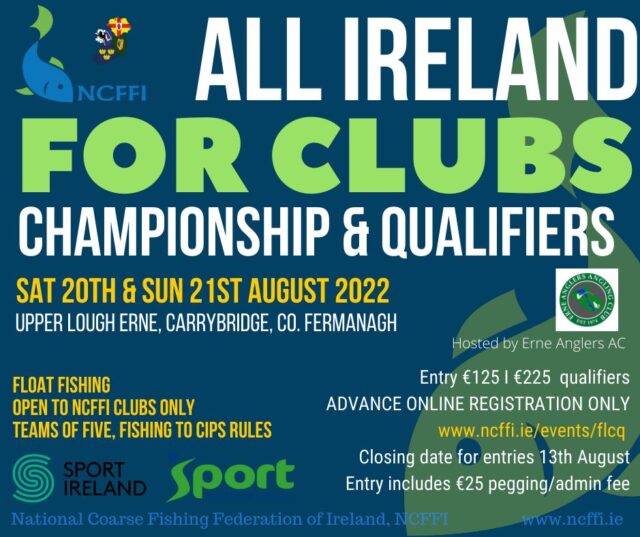 Entry to qualify is €225 per team. The €25 pegging/administration fee will be collected on-line in advance along with the €100 to be awarded to the qualifying teams. A further €100 pools is payable on the day.

All clubs are invited to take part in the championships. Eligibility rules apply only to those who wish to qualify to represent Ireland with the option to present a team including two foreign nationals i.e. those who do no hold a UK/NI or Eire passport.

Entry closes 13th August. Details have been sent to all member club secretaries.