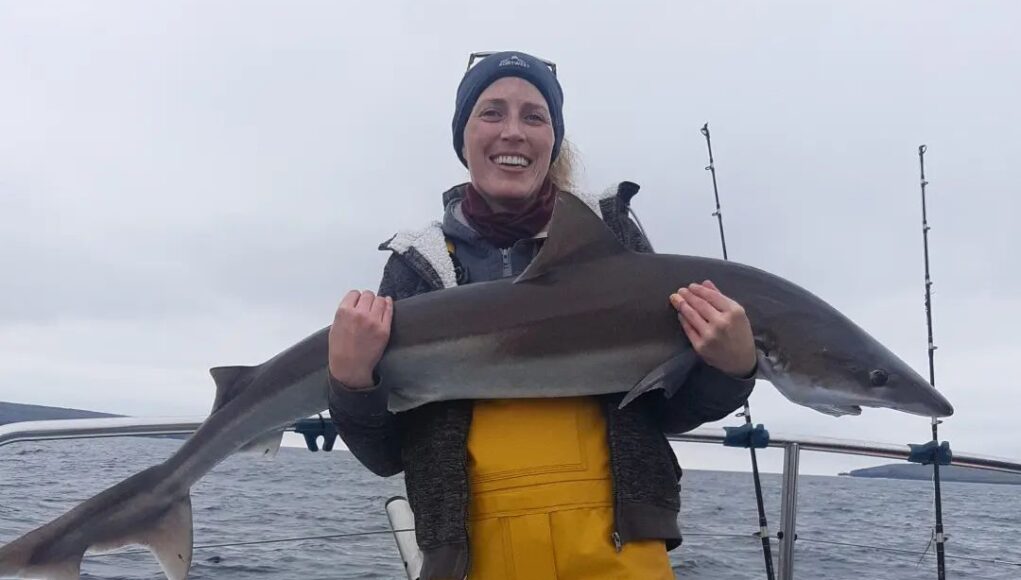 John Fleming of Blue Shark Angling Galway got some nice fishing again throughout last weekend, with some good tope taken on the Brazen Hussy II over the two days, the best of which fell to Maria’s rod – and a fine fish it was too.

There were also some very fine pollock on the move, coalies, loads of pouting, mackerel and lots of sandeels, not to mention the odd squid!
Some of the catches...
1 of 4

Notes: A regular day is between 9am- 6pm from either
Rosaveel, Spiddal or Galway depending on species being sought after. Fishing
on the inshore reefs for pollock, cod, ling, wrasse, conger eel and mackerel
can be reached in 10 minutes from departure, while our offshore reef marks
are within 45 minutes of departure. Our ground fishing for tope, spurdog,
ray, bullhuss, turbot, plaice and the giant common skate can all be reached
within the hour which ensures the most amount of time is spent fishing.
The shark season usually starts at the end of June and runs into late
October, this is the ultimate angling addrenaline rush with these hard
fighting blue and porbeagle sharks all being tagged and release safely.
Package deals available