There were 143 Salmon reported caught for the week ended 29 May in the Moy catchment of which 130 were caught on the River Moy itself.  Water levels recorded at Ballylahan Bridge were 0.462m on the Monday morning and after heavy showers during the week, rose to 0.650m and levelled back again during the week to 0.347m by Sunday night.  Water temperatures ranged from 10˚C to 10.2˚C throughout the system.

Ballina Salmon Anglers reported 8 salmon, the best for 10 lbs, caught on a worm. 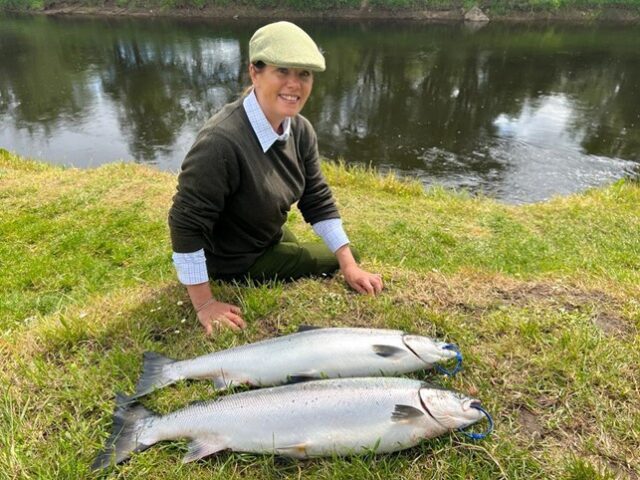 Coolcronan Fishery reported 2 salmon, 1 caught spinning and 1 on the worm.

Armstrong’s Fishery had 15 salmon, mostly caught on prawns, the best weighing 16 lbs with 3 others for 13 lbs.

The Foxford Fishery reported 28 salmon, all caught on worms, the best weighing 12 lbs. Claire Raper from the UK had 2 salmon for 10 lbs and 11.5 lbs.

At least 1 salmon was reported caught in Foxford town water.

East Mayo Anglers recorded 16 salmon, with 3 of these released. Jurgen van den Hout from the Netherlands had 2 caught on the fly for 9 lbs & 12 lbs, both released.

Reports from the River Deel suggest that 5 salmon were caught mostly on prawns with some spinning.