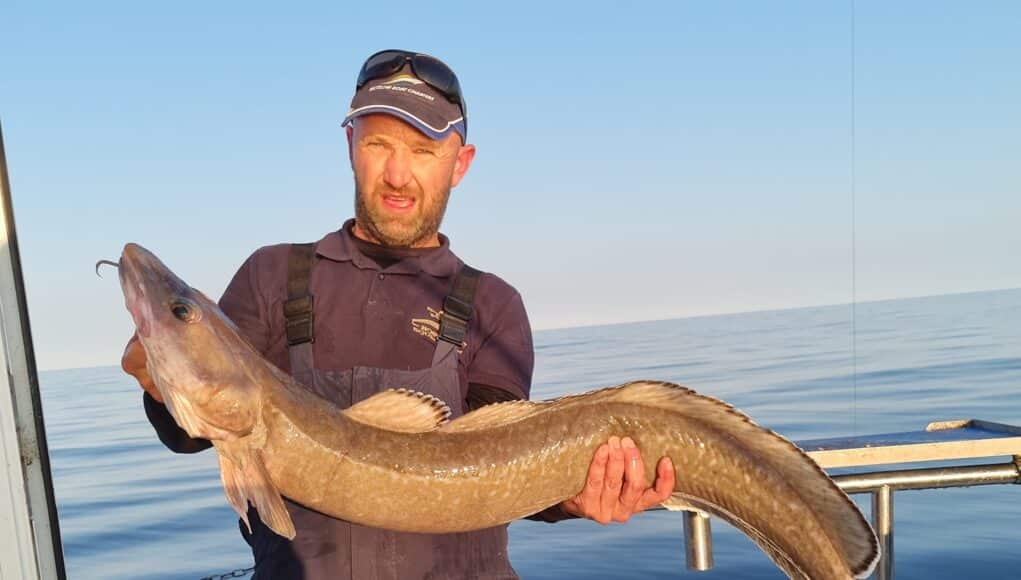 15 September: Our two anglers from Holland decided to have another session on sharks today as the tuna are late arriving on the south coast. 15 Blues including 2 over 100lb made it a good choice. Frans and Paulus have caught 31 this week over the 2 days we targeted shark. Henk here is helping his fellow countrymen land the fish and when the water is warm they don’t always want to come onboard easily despite a long fight

16 September: The last day out for our visiting Dutch anglers and we decided to try for Bluefin. We haven’t hooked up yet but we have seen several bursts of tuna on the surface so hopefully they have finally arrived off West Cork.

In the meantime Frans and Paulus are resting their arms from all of their shark exploits and the chair is waiting on deck so that they can take it easy if a Bluefin takes a lure.
Either way it’s not a bad way to spend a Friday in September.

19 September: Just back from another epic offshore spin in perfect weather. Wrecking and shark were the target with 5 top lads boating 40 ling from 5 to 22lb and 43 Blue Sharks including 2 specimens.

Best craic was our hurried attempt to get a line out for tuna when we saw them close to Silver Dawn. We hooked and played a Bluefin for 10 mins before it spat the hook… 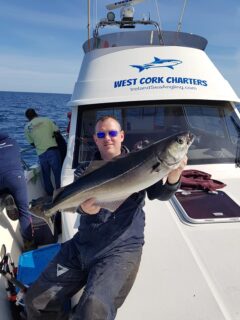