South Shore SAC had an eye on the weather leading up to last Sunday’s match, and their preferred venue of Kilgorman Beach had to be switched in favour of the more sheltered Wicklow North as strong winds were forecast for the Wexford venue. As luck would have it, Saturday was a lovely autumn day, but by the time it came to match day, the fine weather had turned into a biblical-style deluge. The rain, however, didn’t dampen spirits too much, and 31 anglers ventured forth to battle it out on the day.

With clearer than usual water meaning angling was going to be tricky, it was important to get off to a good start, and things were looking up as the first hour saw plenty of fish coming in, including trebles of gurnard. The fast pace slowed down considerably thereafter, as bites dried up, and by the end of the day, the overall tally of fish was less than would have been hoped. Results as follows: 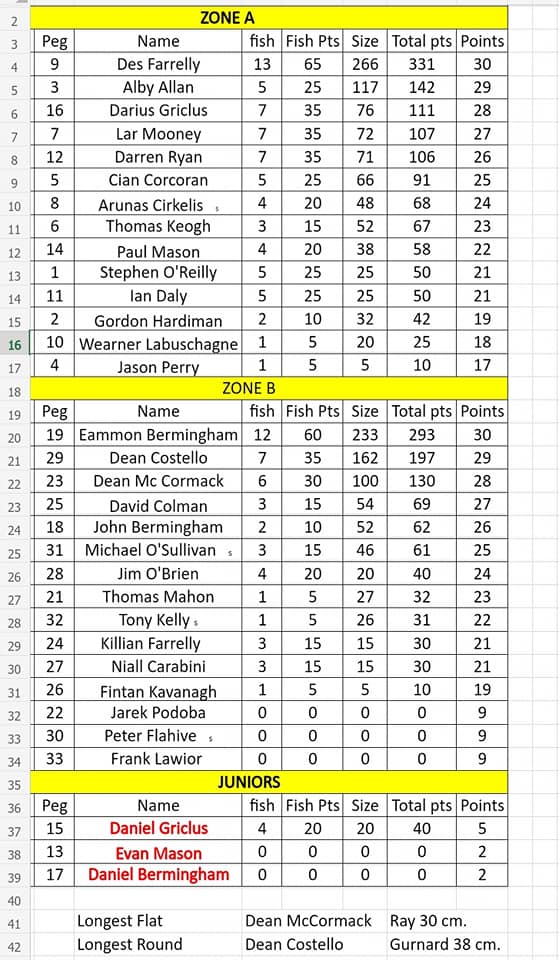