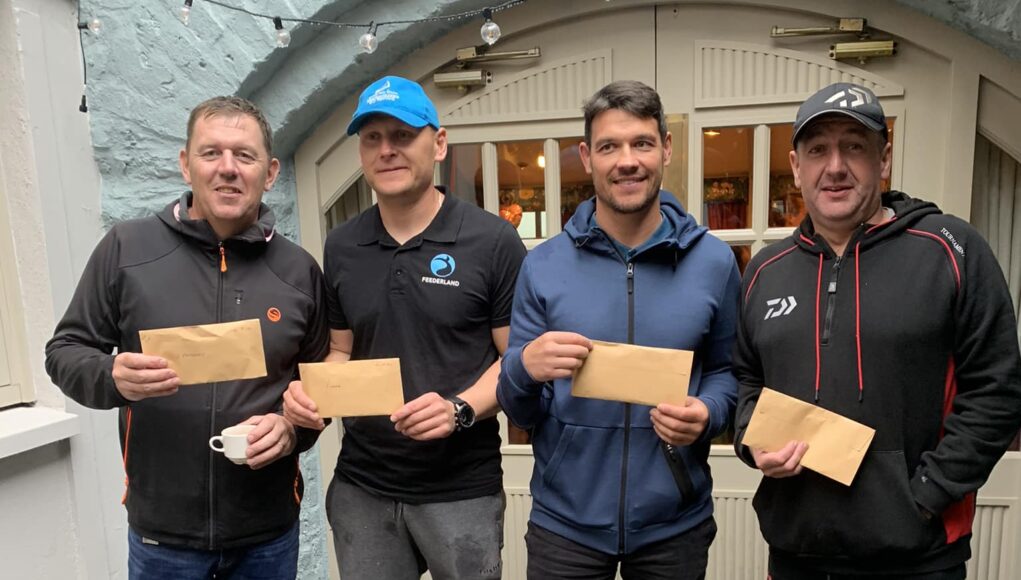 The Irish Feedermasters final was fought out by nineteen of Ireland’s finest feeder anglers on Concra Wood, Lough Muckno on Sunday 11th, in incessant torrential rain.

The highly talented field of anglers ensured that it would be a competitive event whatever the weather gods threw down and only grams separated some of the top spots despite the awful conditions and rising water levels.

The influx of cooler water slowed things down a bit for the participants, making the lough much tougher to crack, compared with how it has fished in the weeks leading up to the event.

Pegs used were 52 to 79 in a two in one out basis, contrary to the initial view that alternate pegs might be utilised. Following detailed scrutiny of qualifying events and all other matches the decision above has been arrived at solely in the interest of fairness.

At the end it was venue and method specialist Robertas that prevailed with 11 kgs plus just 180 grams ahead of another star feeder and venue specialist Rimantas. The mightily competitive Darren Fairhurst took third spot just 1kg back and wily Philip Jackson as ever showed his undoubted skill, with a brilliant 4th spot. 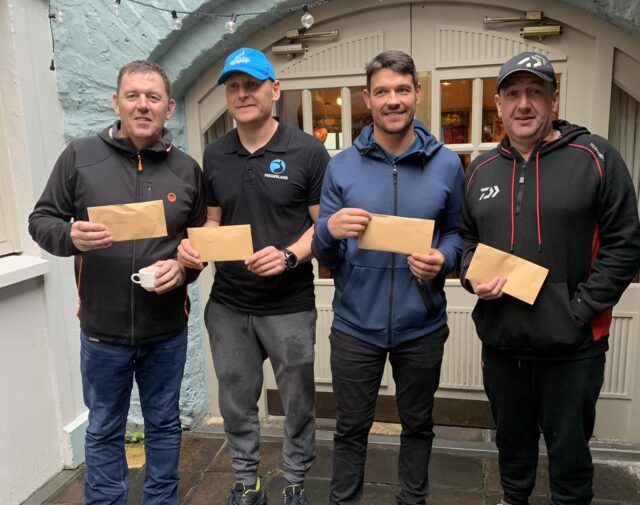 Well done to all our finalists on making it to the final shootout and for making it such a competitive event.
Section winners of €100 each today were:

The County Monaghan Pairs five day festival kicked off on Monday 12th September with 28 anglers or 14 pairs lining up to do battle – more from this next week.