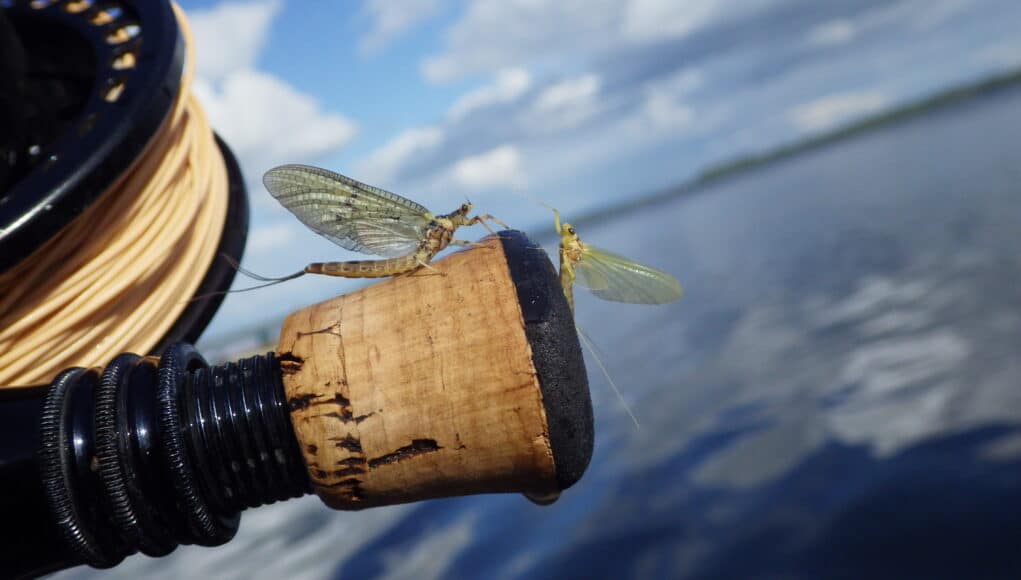 Lough Sheelin’s mayfly season more or less finished mid-week, hastened on by persistent gusty and strong Southerly winds intermingled with heavy thundery showers.  What would be seen for many anglers as the beginning of their fishing season is now at an end, leaving behind it a general air of bewilderment and dissatisfaction coupled with disappointment and frustration, a feeling of being somehow cheated out of something. Lough Sheelin was the cheque book that didn’t balance.

Boat numbers on the lake have significantly dwindled this week, to just three or four per day and with the tail end of storm Alex kicking up the waters surface into white horses on Friday and into the weekend, there was little or no encouragement to face a stretch of angry water and a black sky.

This week was a bit like a post mortem after a leaving certificate exam as anglers tried to come up with an explanation as to how everything went so wrong and why the trout did not behave as they should do in this the supposedly ‘easiest’ catching section of the season.  Most blamed the weather and this is understandable as we seemed to be plagued by gusty strong winds and squally cold showers.  There is a strong continuous southeast to west wind known as ‘the Cape Doctor’ which blows on to the South African coast well it seemed as if Sheelin had its own doctor which stretched from early May up to last weekend. The trout would not play ball and were at their most difficult, coming up just the once (if at all) and if that chance was missed than that was it.  But Sheelin has never been an easy lake and when it does produce the goods it usually brings with it a trout of a lifetime.

There were spectacular dances of mayfly followed by falls of spent which ranged from trickles to carpets, in the earlier part of the week but despite these impressive displays the trout didn’t even pretend to be interested and there were very few surface breaks.

Monday was the pick of the days with spent still going out and a few ‘lumps’ of fish being caught on spent gnat patterns.  Tuesday was pleasantly mild but there was no evidence of mayfly hatching although there was plenty dancing in the trees followed by a substantial fall of spent during the late afternoon but still little or no rise of trout.  Blustery winds dogged the fishing for the remainder of the week, cancelling out some areas due to access difficulties and reducing insect activity considerably.  Water temperature went up marginally from the previous week, temperatures now stand at 15.56 degrees at 0.5 metres and 15.46 degrees at 12.5 metres, indicating again that the wind is churning this lake up significantly.

Poor weather conditions resulted in poor daytime hatches of fly so there was little if anything to entice our fussy feeders to the surface.  Trout this week were showing up as having a mixed diet and most of it sub surface – bloodworms, nymphs and snails with a spent gnat thrown in only very occasionally.  The fish haven’t stopped feeding during the daytime, they have just stopped rising during the daytime so what little hope there was during the mayfly is now reduced to a miracle for early June. It is understandable when there is a distinct lack of food on the surface.  The trout during the office hours will either turn to bottom feeding, daphnia, or, if they are abundant, fry: they become fixated on those translucent centimetre lengths of jelly protein.

Trout catches were reported each day but not in great numbers.  Day time fishing was all on the blind with spent patterns picking up the weight of the week – 7lbs  and a number of other 5 pounders on Stimulators (as a top dropper) and Claret Dabblers.

We are now moving towards and into sedge fishing here and one which some anglers would consider to be the real cream of the fishing season.

Caddis flies are quite often referred to as sedge flies, getting their name from the way they attach and cling themselves onto the sedge grass growing along the banks of the water.  There are about nine hundred varieties of the natural insect in Europe alone, world-wide almost 7000.  Sizes vary from just a few millimetres to almost seven centimetres.  While sedge fishing flies can vary in size, the main characteristics of these flies are their wings and colour.  Adult caddis has two pairs of wings, a slightly longer set at the front and shorter at the rear.  It also has two long antennas which extend from the sedge’s body, while its body has dull colours such as grey, brown, orange or green so as to help attract less attention from the trout.  The sedges wings can have patterns with similar colours.  The sedges normally hatch in the early or late evening.

Although there wasn’t a huge pile of Murrough around, the few that were skittering over the water attracted the trout.  Murrough fishing is a late night affair so the best times were from 10pm stretching onwards into the night, not for the faint hearted or for the angler that has to go to work the next morning. There were also a multitude of small sedges fluttering around along the shoreline and sheltered areas but nothing of the piscatorial nature rising for them.

We  still have many months of the the season stretching ahead of us and although Sheelin will not give up her piscatorial gold easily it is a lake above any other that is there to be conquered and to quote Susan Gale “The longer you have to wait for something, the more you will appreciate it when it finally arrives.  The harder you have to fight for something, the more priceless it will become once you achieve it.  All good things are worth waiting for’ and Sheelin is one of them. 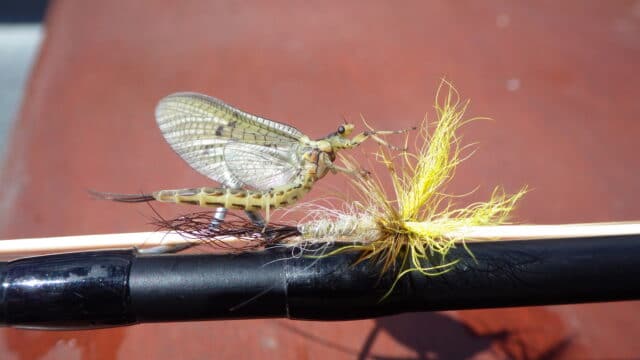 And now back to our survey – Inland Fisheries Ireland is asking anglers to fill in a survey which plans to capture anglers’ knowledge and hands-on experience to help track changes in fish stocks and ecosystems. The new method is called FLEKSI, which stands for Fisher’s Local Ecological Knowledge Surveillance Indicators.  The results of this survey could shape future plans for this lake, but we cannot do it without the anglers who fish these waters.

This survey is easy to do, takes a maximum of 10 minutes (unless you want to add extra in on the comments section) and is important.  We are asking anglers to have their say by taking the time to complete this survey.  The link is included in this report and if contact details are submitted that person will be automatically entered into a draw for angling tackle (one voucher at €200 and two for €100) but this is entirely optional.  If anglers are having difficulties with the online version, please contact IFI where the local staff at Sheelin are more than willing to help out.

Best patterns for the week

Daytime fishing was all on the blind with few surface rises to merit the dries. 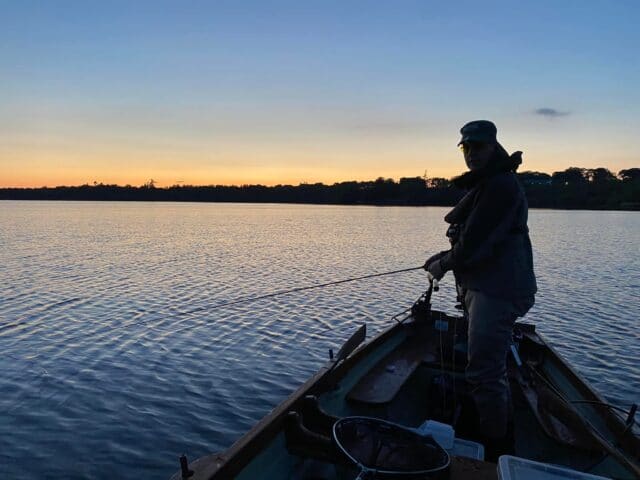 A catch & release policy is always actively encouraged on the lake

David Kilroy, Dublin – 1 trout at 4lbs on a Grey Wulff.

Declan Fitzpatrick, Naas – 1 trout at 4lbs on a Stimulator.

Mark Smith, Cavan – 1 trout at 5lbs on a Claret Dabbler.