Temperatures dropped to a chilly minus 2 degrees on Sunday night and the cold persisted up to Thursday, but it takes more than cold to deter the Sheelin anglers and this lake more than compensated for the chill factor by producing some first class fishing and some beautiful trout.  Normally lakes are sluggish in the first few weeks of the season and there seems to be a gradual easing in for both fish and fishermen but not so for Sheelin as this lake has slammed in hard from day one giving its anglers good sport and excellent catches of wild trout in first class condition.

On Monday it was very bright with a little wind blowing which seemed the perfect combination for Monaghan angler Peter Boyle who connected with ‘the longest trout he has ever caught’, measuring in at 63.5cm and weighing 6lbs on the button of the digital scales, later that day he landed another ‘really fat’ trout which although a lot shorter than his first fish weighed heavier at 6lbs 2ozs…

Gary McKiernan of Lough Sheelin Guiding services has joined the now infamous ‘Over Eights Club’ by landing an impressive 8lb 11oz 68 cm trout last Wednesday after a 18 – 20 minute play off.  This trout along with Peter Boyle’s 6lb 2oz catch two days before eptiomises the uniqueness and beauty of Sheelin’s wild trout – thick from head to tail with distinctive black spots on a seemingly translucent body.

Anglers need to sit up and take notice for Lough Sheelin has come alive and has the capability of turning every trout fisherman’s dream into a reality. 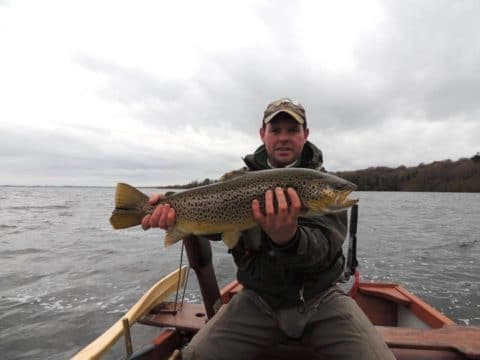 Making it look easy, Gary McKiernan of Lough Sheelin Guiding Services with his impressive trout of 68cm, tipping the scales at 8lbs 11ozs, caught and released March 5th on Sheelin, using a glister Ollie and this fish wins our Catch of the Week

We are in the very early part of the trout fishing season, the weather is finding it hard to shake off the dregs of winter and there is little sign of the warmth of spring. Water levels are still high.

Fishing on Sheelin, as is the case with every other Irish lake is cold, the air is cold and the water is cold, at the moment struggling at around 3.5 degrees. With the cold the trout tend to go down deeper in the water, also there is no fly life as yet to bring these essentially subsurface feeders to the top so it makes sense for the angler to use a sinking line and to use artificial flies/lures resembling as close as possible the food that the trout are eating at the moment which is predominantly freshwater shrimp and louse, snails and nymphs. Hunger of course isn’t the only reason that trout will take the fly, they can take it out of curiosity and out of aggression, defending its territory ( this is where the attractor fly comes into play) and that is why a team of 3 can strike gold for the angler, perhaps a humungus on the point, a hackled wet on the middle dropper and a dabbler on the top dropper, also if the rod tip is dipped in the water before you retrieve, it will be that little more deeper.  If the water clarity is not good using a fly with a bit of bright colour threaded through it is a good plan making it more visible to the approaching trout.

The road to success is through studying what’s out there and learning this lake and the trout that are there in abundance. It can be tough going but this sport is called fishing for a reason and not catching!

If an angler is new to this lake, really the best way to learn it is by hiring out a ghillie, its money well spent as devoted Sheelin anglers are notorious for not giving away their hard earned information, trade secrets and personalized ‘killer fly’ combinations and who could blame them.  Recently I overheard a frustrated visiting angler wryly remarking that ‘the locals don’t like giving anything away, it’s a sort of secret fly dressing, only to be seen by the blind, heard by the deaf and given life to by the dead’ on saying this that same angler landed himself a 3lb beauty using a humungus along the Western shore of the lake this week.

The most successful flies for this week’s fishing were the Dabblers, Hare’s Ear, the Glister Ollie, Bibios, Humungus (black & Silver and also black), Minkies, Golden Olive Bumbles, Connemara Black and the Midnight Stalker.

The best areas were Chambers Bay, Crover, Inchacup and around Merry point which varied daily depending on wind direction.

The duck fly is the first big fly hatch of the season on Sheelin but this doesn’t usually happen until April or late March if we’re lucky depending of course on our unpredictable weather.  This fly is basically a very early black buzzer (belonging to the Chironomid family) and hatches in very large numbers particularly around the Bog Bay and Goreport areas from mid morning till early afternoon. 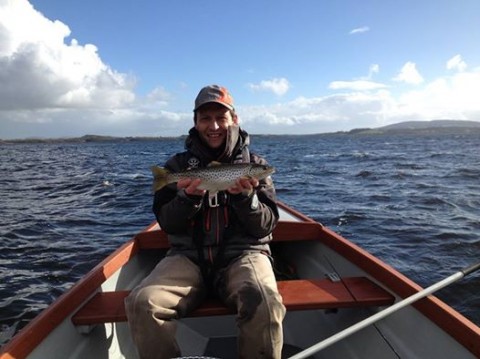 It is worth mentioning that Donegal hotelier Eamonn Gillespie has recently been appointed manager of Crover House Hotel on the shores of Lough Sheelin.  Mr Gillespie who has an impressive career in the hospitality business is creating his own waves as he turns this hotel on its head and has already brought new and refreshing changes to this very beautiful place.  Mr Gillespie sees Sheelin as a ‘magical retreat’ and is very tuned in to the visiting and local angling scene.  The food is delicious and the hotel offers special accommodation deals for anglers, definitely worth a visit.

Thomas Lynch, LSTPA with his first Sheelin trout of 2014 caught using a humungus

Gary (www.loughsheelinguiding.com) with his trout of over 3lbs on March 3rd

Mink fur is a fine soft fur that pulsates

Into life providing plenty of action in the water 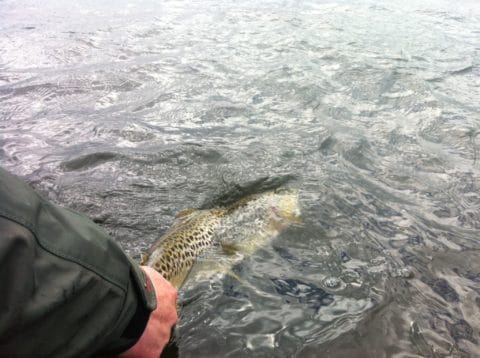 Fish have the right to share the earth with us; they are not here on sufferance …      Dr. J.R. Dymond

The first competition of the year – The Kilroy Cup will be held on the lake on Sunday March 16th from 11.0 am – 5pm, starting from Kilnahard pier.  The lake fished exceptionally well for this competition last year and it proved to be a great fishing day for all so it would be worth an angler’s while putting this date in his/her diary for next weekend.

The popular Sheelin Classic trout competition now in its 10th year will be run on Lough Sheelin on Saturday April 19th which is the Easter Bank Holiday weekend.

Please remember All anglers are required to have a Fishery Permit to fish Lough Sheelin which must be purchased before going out on the lake.

The heaviest fish for the week was a hefty over 8lb 11oz 68cm trout caught by Gary McKiernan (www.loughsheelinguiding.com) on a glister Ollie. 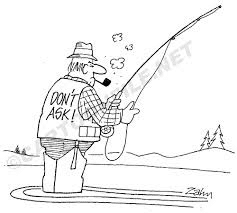 Paul Lunney, Ballyconnell – 3 trout heaviest weighing in at over 2lbs, all caught on the wets on March 2nd.  March 7th 1 trout at 2lbs on a sooty olive dabbler.

Gary McKiernan – 1 trout at over 3lbs on the wets, March 3rd, 1 trout at 8lbs 11ozs on the glister Ollie on March 5th fishing with Andrew Brown, Dublin.

Patrick Peppard, Navan – fishing with Paul Barry reported a fantastic days fishing on Tuesday March 4th, 5 trout ranging from 2lb upwards were caught on the wets and all were released safely back, heaviest weighed in at 3lbs. 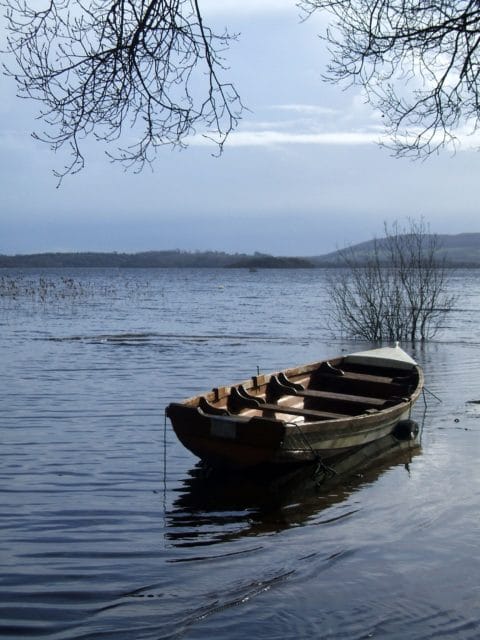