Blogger, photographer and angler Jason Nash of www.savagefishingblogspot.ie makes the switch from salmon to bass and tells us:

Now the salmon and trout rods have been put away, it was time to get the bass gear out and I couldn’t wait to get stuck into it. October is one of the best times of year to go chasing for these silver predators of the sea and I wasn’t disappointed with the sport I enjoyed. First night out and I had great fun landing six fish during a short ssession, all on soft plastics. As you may recall, I have a particular fondness for the brilliant IMA Komomo SF-125 but the soft plastics needed to be given a proper chance. The Gary Yamamoto Swim Senko caught all my fish that night, mostly schoolies of three to five pounds but my last cast produced an absolute pig of a fish which measured 77cm and I estimated it to weigh somewhere between ten or eleven pounds. Playing the fish it was obviously big but I was stunned when it slid up onto the adjacent rock. A new personal best and first specimen, what a way to get the autumn bass fishing underway! 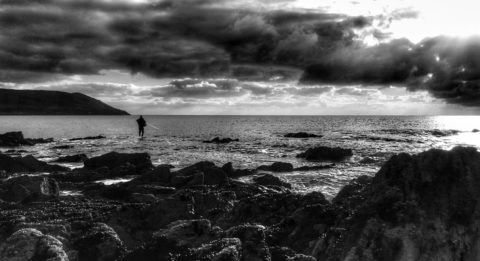 Next day I had the pleasure of going out on the boat with my good friend Peter Aspinwall. For the last couple of years we had been meaning to go out but never got around to it. As they say, good things come to those who wait!! Fizzing out along the bay, keeping a look out for signs of activity, our first drift produced a couple of amazingly pristine Clonakilty bass. Peter’s first fish came to a soft plastic but everything else came to surface lures, the lethal IMA Salt Skimmer to be precise. Basking in glorious autumnal weather, enjoying each other’s company, we accounted for a total of ten fish, the biggest being 68cm and would have been around seven pounds. The day had it all, what with such epic, visual surface sport and heaps of pollack in between the bass which are a great sporting fish in their own right.  If you want to book a day with Peter or look up regular reports on the fishing he enjoys, be it at sea or on the river where he is equally at home, click here. 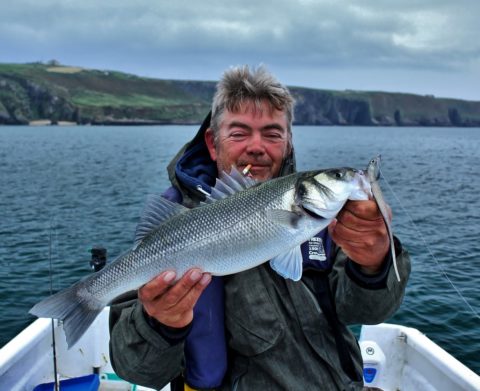 Luckily for the time of year, the weather remained settled for a large proportion of the month. Paired with a great set of tides recently for evening fishing, a couple of friends and I were keen to make the most of conditions. For five consecutive days bass were forthcoming, mostly at night but also during the day. Be it Swim Senkos, YAMA Senkos, TT Shads, Salt Skimmers or SF-125’s, bass were ravenous and were not picky in the slightest, which was a welcome change from the salmon! Possibly the best aspect of all this sport was that we discovered more new marks. A huge satisfaction was tagged to every fish we caught in new areas and this must be one of the most rewarding factors for anglers. To avail of more consistent sport, it’s nice to have a few marks up the sleeve to fish in different conditions. Most bass were schoolies with a couple hitting six pounds and the best weighing around seven or so. Now the weather has broken, with high winds and rolling swells, the clock is counting down to the next adventure on the rocks. It looks like next week may see calmer seas so hopefully we can get out again and entice one or two more fish. 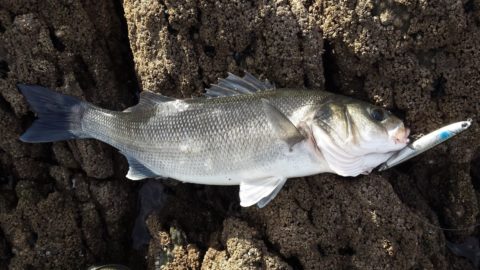 For the latest issue of “Off the Scale”, I wrote an article on a trip to the Kylemore Fishery in Connemara. An amazing venue, James and I enjoyed a great day in an awesome setting where we hoped to catch the fishery’s century fish for the season… Absolute Fishing are now running a bass lure fishing course for anglers interested in taking up the sport. For further information call the shop at 051393559. Finally, I’m delighted to say that I am now a member of the field testing team for Lure Heaven UK. I can’t wait to start trying out their products on some Irish salmon and trout and it’s another reason to be very excited about 2016!! 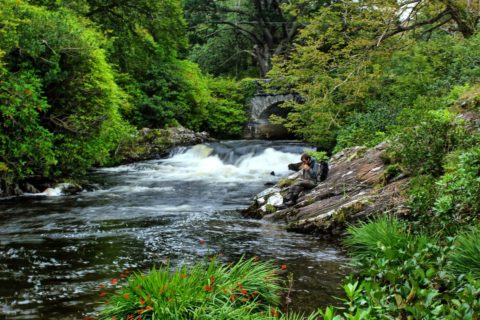 Bass in the surf and baiting with maddies – Look and Learn

Community Groups and Angling Clubs are invited to apply for over...