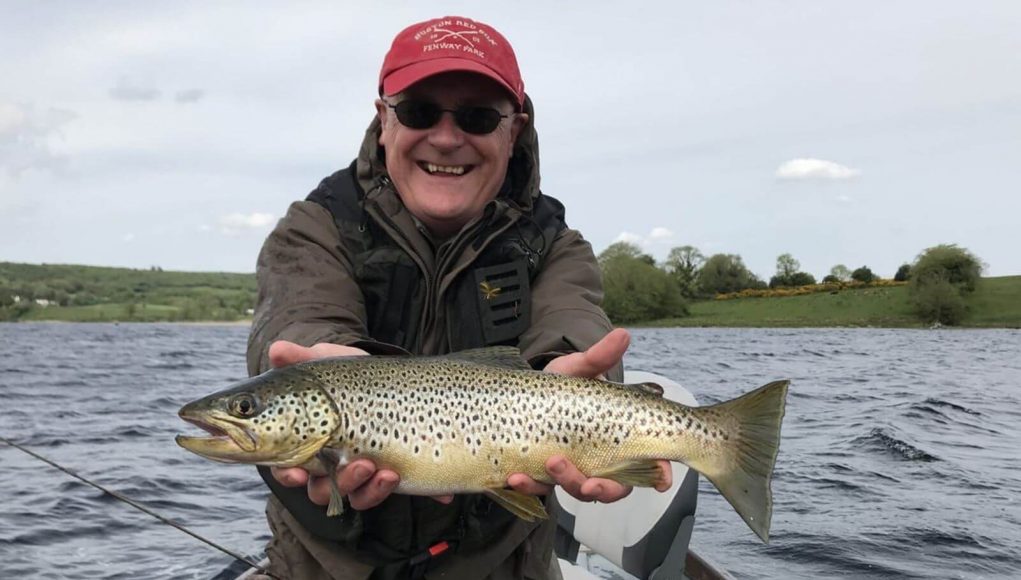 On Sunday last, Bodo Funke of Angling Services Ireland was guiding Christin Breuker and her dad Bernd in the Boyle area. The mission of the day was to get Bernd his first ever pike as Bernd had never fished for pike before. Bernd had come to Ireland for a few days to visit his daughter, who had recently moved to the West of Ireland from Germany. The morning started fairly slow with just a few perch and one small jack pike for Bodo. However, as the day continued Bernd had his first take and after a short battle he had caught his first Irish pike. After a while, the fish became a little more active and Bernd was able to land two more pike improving his personal best twice. While Bernd had a ball catching pike number two and three, Christin who is an avid fly angler, tried to tempt one of the predators by fishing a big streamer on a sinking line; unfortunately to no avail to that point.

As the day progressed, the wind picked up considerably and fishing became a little uncomfortable. Bodo decided to change location; trying a more sheltered area. This proved to be a brilliant decision as Christin’s fly rod bent just after a few casts. Everyone on the boat was expecting another Esox lucius but as the fish made its first jump right in front of the boat, nobody could believe their eyes! A big Ferox Trout had engulfed the 15cm long streamer and was going mad on the 9ft 8 weight!

After a nerve-wrecking fight the “Leopard” was professionally netted by Bodo and it was a moment of incredible joy when Christin finally held the “Beauty” in her hands. Christin’s knees were still shaking after the fish had been safely released and everyone started to realise that this was probably the fish of a lifetime.

To round of this remarkable day’s fishing, Bodo broke the magical one metre mark with another chunky pike measuring exactly 100cm!

If you are interested in fishing the Boyle area you can contact Angling Services Ireland at www.anglingservicesireland.com or +353 (0)86 6011878.