Angling guide Alan Broderick was in contact to let us know that he has had some great pike fishing into late November much to the delight of all his clients. After the long dry summer, the water remained clear but the fishing really picked up as water temperatures dropped. Lures fished low and slow produced all of the fish, the best of which measured 116, 115, 112 and 110 cm respectively. Alan estimated that the best fish weighed close to 30lb. Takes were very tentative according to Alan and it was sometimes difficult to realise if you had a bite as the pike were driving the lure forward making the line go slack. Once it was realised that this was the indicator many more pike were hooked and landed. If you are interested in fishing Lough Derravaragh Alan’s contact details can be found below. Alan also has boats available for hire. 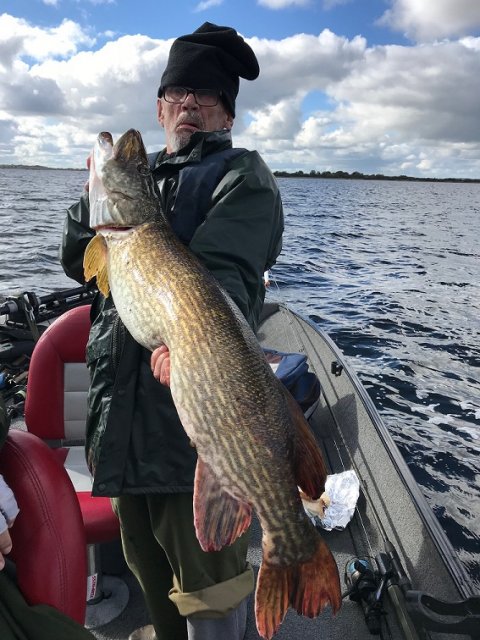