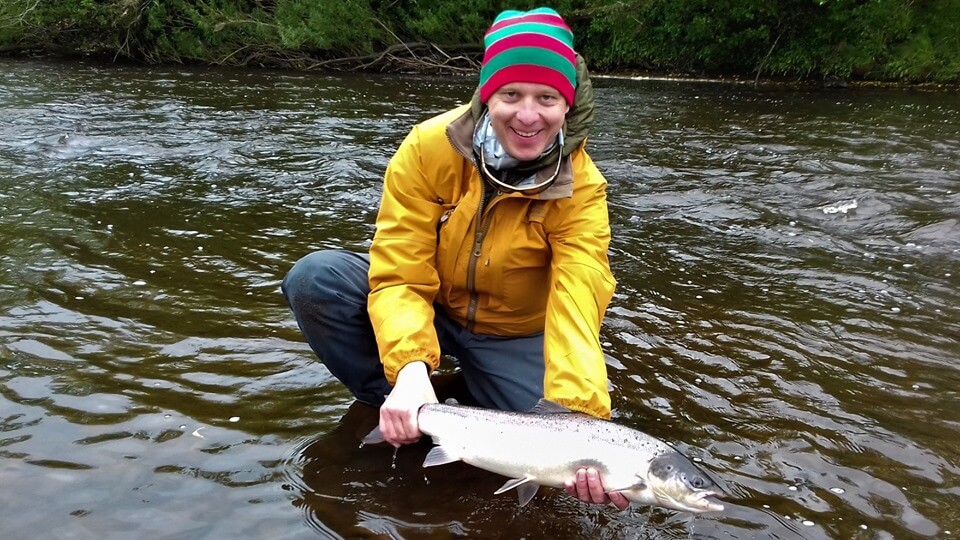 Bright sunshine, heavy showers, cold northerly wind and fluctuating water levels made conditions very tough for the past week. However, 285 salmon were reported caught with a big percentage of them grilse. This puts the total catch to date on par with 2018.

On the Moy Fishery, Evan Farrell, Dublin, had a 6.75 lbs. fish on spinner on the Ridge Pool. Charlton Peters, UK, and Peter Wadding, Wexford, were also successful on the Ridge Pool with fish of 5.5 lbs. and 7.5 lbs respectively both on fly. On the Weir Pool,  John McKinley, Athlone, had a 3.75 lbs. grilse on fly.

While there is a good show of fish throughout the system the very unsettled weather continues to make conditions tough.

For more about the River Moy and its fisheries, including prices and maps see – https://www.fishinginireland.info/salmon/northwest/river_moy_system.htm

Fishing heats up for charter boat Fuego in Caherciveen