Fishing in Ireland – Catch the unexpected
Home Salmon fishing reports Lots of fish in the Owenmore, anglers waiting for wind to drop 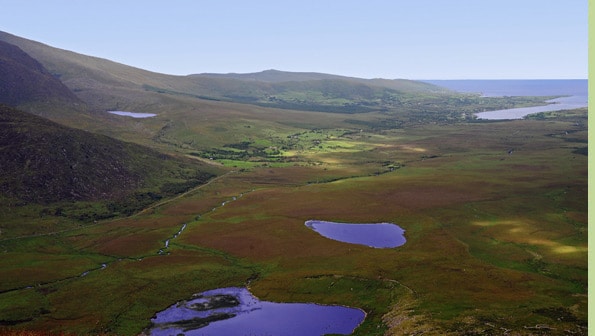 22 August: We have had plenty of rain for the past week or so. At times the river was too high but when the conditions were right the fish were caught. We had 9 grilse over the week and seatrout up to 3 lbs. Most of the fish caught still had lice on them.

The lakes are full of fish but with the wind conditions this year we have had very few opportunities to get out. One day we got out for an hour and a half and we had 8 fish. Another day they were able to get out for 4 hours and they had almost 20 fish.

A lot of these were juniors but there were some big fish met as well. A man went out with a cast of  4lb breaking strain and the second fish he met went away with his three flies.

We were supposed to be able to fish today but it is much too windy so I am hoping the two lads will get out tomorrow.

There are approximately five miles of fly fishing along the main part of the Owenmore River in Kerry, with 33 named pools and an additional 180 acres of lake fishing in this Kerry beauty spot. The salmon, grilse and sea trout begin to run in April. The runs continue through spring and summer into early October.