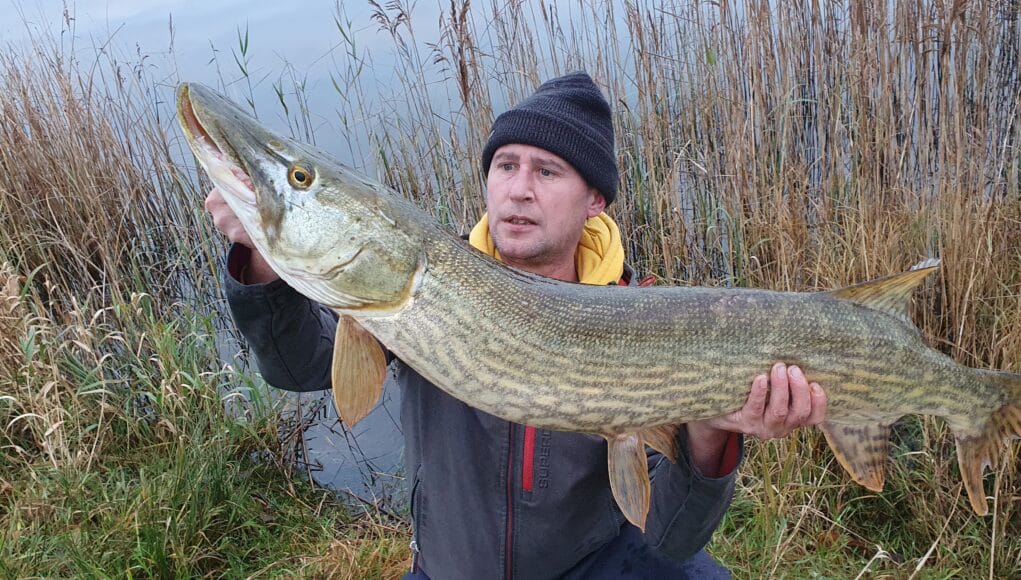 John Higgins was out after pike with Bud Mander. The pair had some fine fish, the best of which were caught by Bud.

They were fishing a small Westmeath venue following one of the frosty nights earlier in December. The day was fine and bright and they arrived at the lake around midday. They were fishing deadbaits, mostly smelt. They got the first run as they were packing to go at 4pm. A lovely fish to photo and then release.

The pair were back out again earlier this week using the same tactics. This time the fish were a little more active. They started around midday again. The first run came after 20 minutes and it wasn’t long before they had another in the net after that. Rods were packed up at 4pm at the end of a very cold session.

John and Bud were talking to 2 anglers who had camped at the venue overnight. One caught the flu, the other caught a cold. A poor return for 14 hours with no run or hit.