Galway based charter skipper John Fleming was happy to report some more fantastic fishing on board his boat the Brazen Hussy II over the last 2 weeks:

Shark season started with a bang with some lovely porbeagles being caught with 4 porbeagles and 1 blue for Shane Naughton’s group. And a couple of days later Tommy Magee and his group from galway hit it big with 5 beagles and 1 blue. These were very nice fish and were up there with the biggest ever landed on the Hussy.

Porbeagle are an endangered species and so all fish landed were tagged and released as part of IFI’s Marine Sportfish Tagging Programme. This programme has been monitoring the movements of porbeagle shark (and many other species) in Irish waters since 1970. 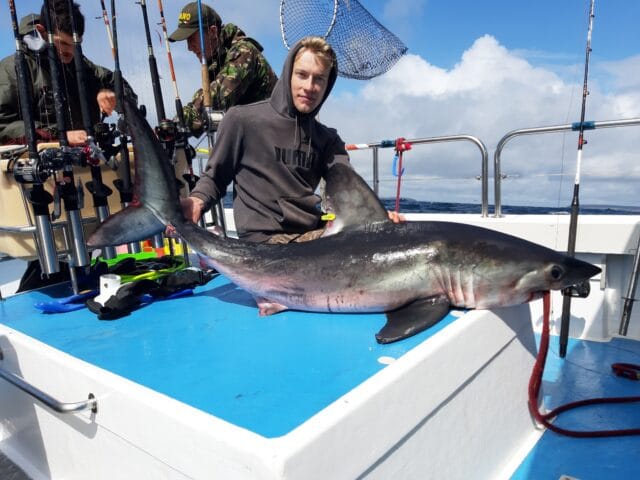 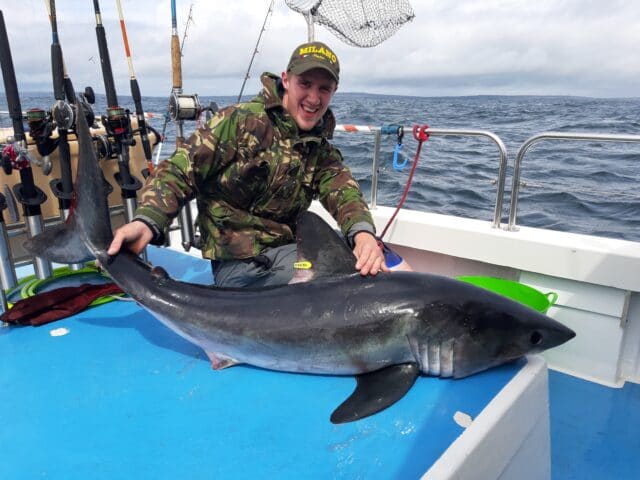 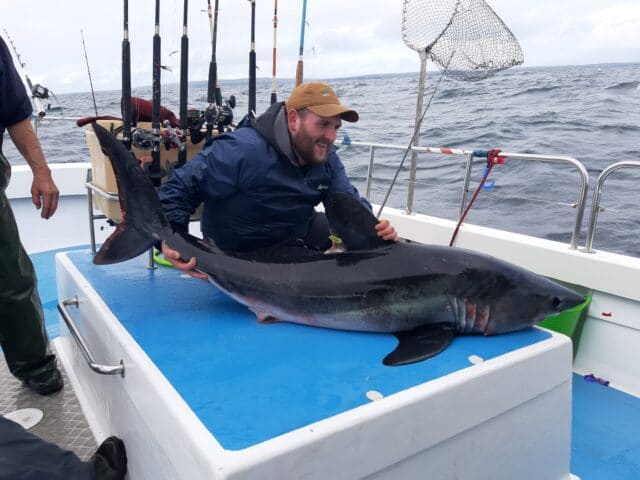 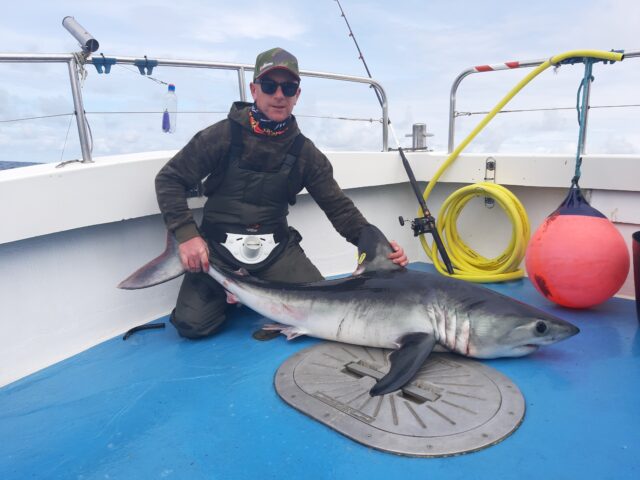 Funnily enough we’ve had our first female porbeagles ever this year.
We then had a rather frustrating days sharking the day after. Dropped runs, spat hooks lines breaking. Just one of those days but we did save the blank and Tom Lynch got a nice blue for himself.