So the second match of the year couldn’t of been more different than the first. Fish from all angles start to finish and for anyone paying attention a massive amount of headlights running around In the dark. Some headlights better than others as Connie was on power saving mode most of the night and definitely didn’t forget to charge his headlight.

Missed doggy bites were a feature of the match at the start as the fish played with the baits. Whiting, rockling, flounder, pouting, Dogfish bull huss and the mother load of coalies made up the catches. 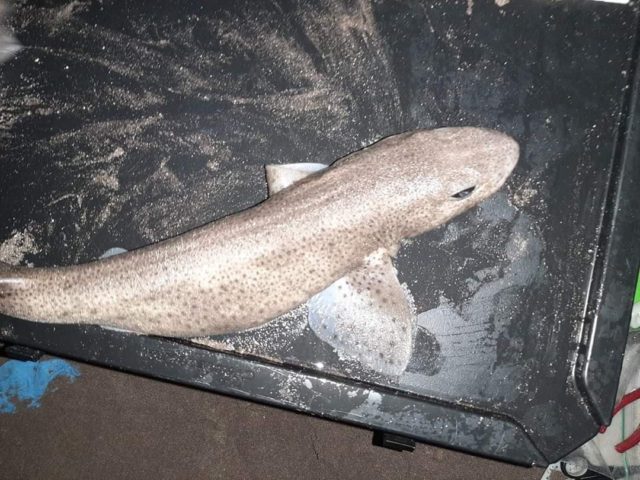 Some weed came on in the lower pegs which caused some hardship for the anglers but none more so than Finn Healy so said he lost 23 rigs…  Ned embraced the carnage to get some dogs out of the weed even though he lost some traces. Janis was making his debut with the club and hammered coalies from start to finish. Martin Conway who was returning to the club after a number of years away was also into the fish. 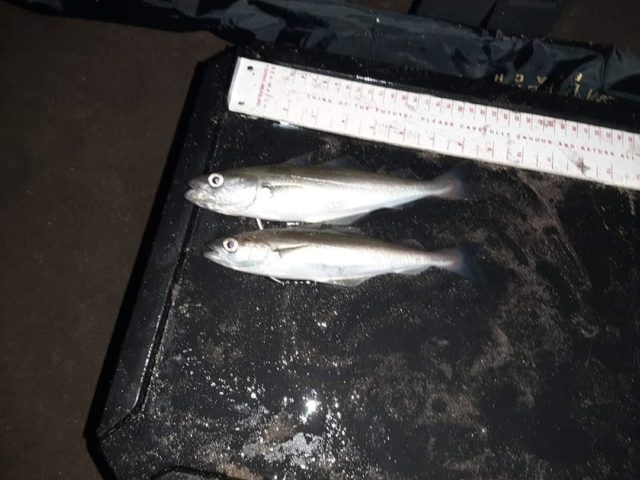 It’s fantastic to see all the new club members mixing so well with the regular anglers it’s certainly driving the club on. Ivan, Connie, John Sheehan, Conor and Peter Fitz were all tipping away at the fish and it really was hectic. Barry Fiona Troy David and Liz the same – dogs and coalies. Chris in the middle stuck to the doggies and was having some success at distance with two treble shots accounting for 300 points.

Luke Hannafin stuck out the rotten rain to get 6 fish on the card and take the junior winners title with a mix of coalies and flounder.

The last 90 mins of the match we got soaked with freezing rain but I don’t remember a match when nobody cared so little about being wet,frozen or sandy.

Before we go to the results here is some video on the night:

Tralee Bay SAC  is a thriving community of enthusiastic anglers – young and old, experienced and newcomers – with new members joining all of the time. We have a busy schedule of shore and boat competitions and lots of social events planned throughout the year. Tralee Bay is a family friendly, welcoming club with a reputation for promoting angling and encouraging newcomers to the sport.

Joining could not be easier – simply get in touch with us via our Contact us page leave your address and we will send you out an application form. Please also let us have your email address – especially if you have any queries for us. We are especially eager to hear from junior anglers who want to take advantage of club membership. For more information on joining see here – Joining Tralee Bay Sea Angling Club.