Stefan Martin reports from Mullaghmore, where the Killybegs Mariners are getting a great mix of fishing from the shore…

22 January: Although lure fishing for pollack can be thought of as a summer jaunt in shorts and t shirts tramping the shoreline under clear skies, there is great sport to be had for those that venture out in autumn and winter as the hard fighting fish is a mainstay of inshore waters when other species have headed for more stable temperatures in the deep. 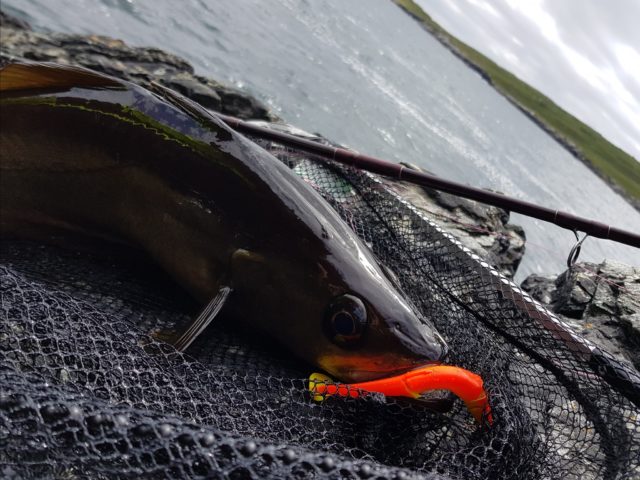 Some lovely fish for Gavin and John on the lures while the bait rods were quiet and the spinning kept things active on a lovely few hours out and about.

24 January: A welcome settled spell letting the guys out and about catching a great array of species of all shapes and sizes on the shore. 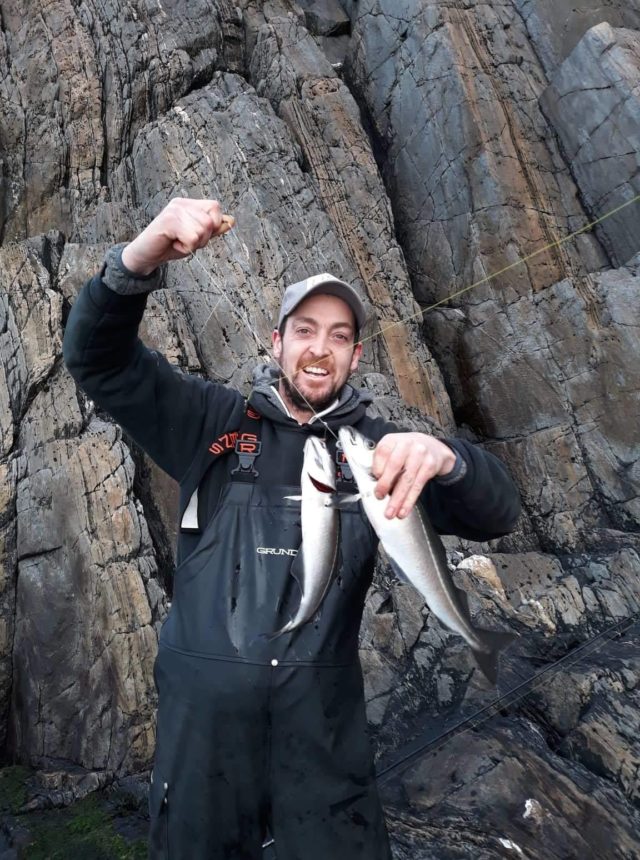 Shoals of coley even two on the one hook along with everything from the small scorpion fish up to decent conger eels from the rocks.

Plenty of winter dabs on the sand marks and some measure stick length pollack and coley on the beaches keeping things interesting over the winter and the species count up for 2020.

27 January: With a lot of the flounder now spawning in slightly deeper water the guys travelled to the great beach in Donegal known for the big flatties and it certainly didn’t disappoint.

First few casts and the baits were quickly taken by counting score size coleys around 30cm before the flounders started. There were some lovely fish over 30cm and the biggest making a great 41cm for Gavin.

Plenty of double hauls of flounders and a nice treble shot of two flounders and a coley for Cormac. Kieran and Sean were racking up the species count with dogs, pollack and 5 bearded rocklings to cap off a great evenings fun in the surf.

Dates and venues for the West Coast shore league 2020. Get in contact with Sean if you wish to enter. IFSA membership required. John Cunningham won the league last year and there was some great fish caught over the variety of venues. 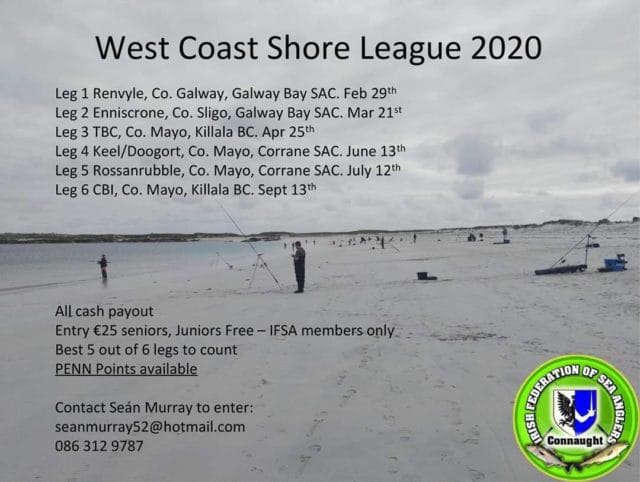 Mariners sea angling club Killybegs Co Donegal. The club runs a shore league and boat comps and angling trips around Ireland doing the sport we love. Get in touch at www.facebook.com/mariner.sac