Although not quite the feeding frenzy of the league outing last week, this second consecutive visit to Rossnowlagh beach (north end this time) was nonetheless well worth the trip for the 17 participants.

A bright warm evening at the 8pm start saw just a few small flounders (20 to 26cm) come ashore for most anglers but as the light failed and a light cool breeze set in, the surf began to offer up a bit more quality with flounders up to 36cm, plenty of weevers,small coleys and the fish of the night has to have been the lovely 52cm bass for Pat Byrne.

With a total of 112 fish plus a total of 7 species (all recorded & released) Johnny Byrne took first place with Kieran McGowan a close second and Mariners’ hot prospect junior, 6-year-old Cian Callaghan, winning ‘longest flattie’ prize for a fine 36cm flounder and worth mentioning that young Cian wasn’t far off the top two places with 9 flounders. 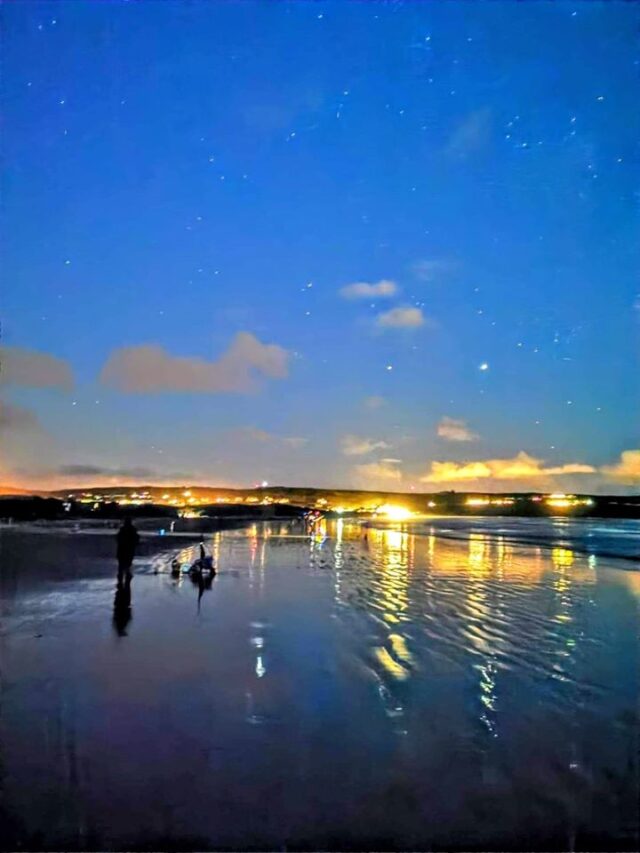 With neither of the two previous league leaders finishing in the top places in this leg of the league, things are certainly starting to tighten up and, taking into account that each angler must drop one score of their four outings, the overall league standings are poised to make the final outing on Fintra Beach (Friday 21st Aug – TBC) an interesting one.

The fishing didn’t end there though…

Some great shore fishing for the Mariners over the weekend as Pete and Christopher and Johnny found some fine shore huss and turbot along with thornback rays, spotted rays and scad.

As always new anglers are welcome to come along and join in. Guaranteed 3 different winners and all a bit of fun on a great beach.