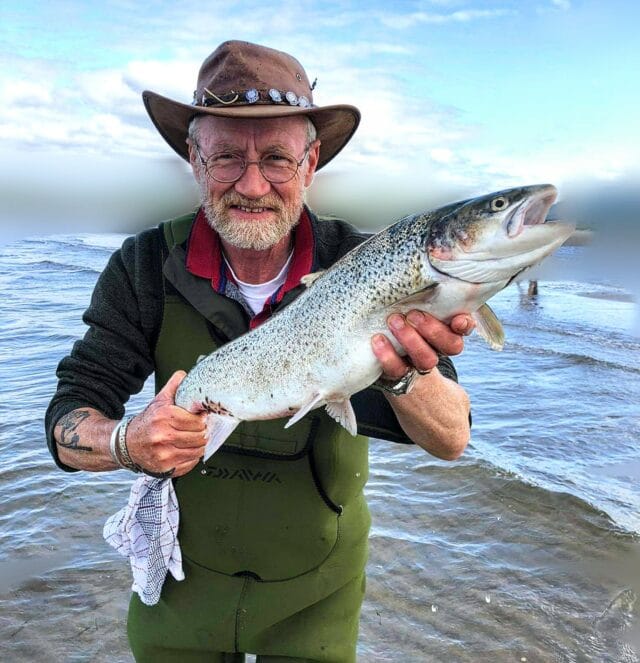 Killybegs Mariners member, Cormac Burke, had a lovely sea trout from the beach which put up a great fight jumping out of the water with the rod arched over trying to land it. After a few quick photos the fish was  safely released and a new club record was set! Well done Cormac!

Previously, Pat Byrne won the latest Mariners’ summer league outing on a lovely night in Rossnowlagh. Pat went from last to first in the last hour with a nice run of 6 counting flounders.

2nd on the night prize was won by Brian Smith and longest flattie prize was won by Cormac Burke.
Mariners sea angling club Killybegs Co Donegal. The club runs a shore league and boat competitions and angling trips around Ireland doing the sport we love. Get in touch at www.facebook.com/mariner.sac