Specimen anglers around Ireland will be delighted to hear that the 2020 Irish Specimen Fish Committee Report is now available online. 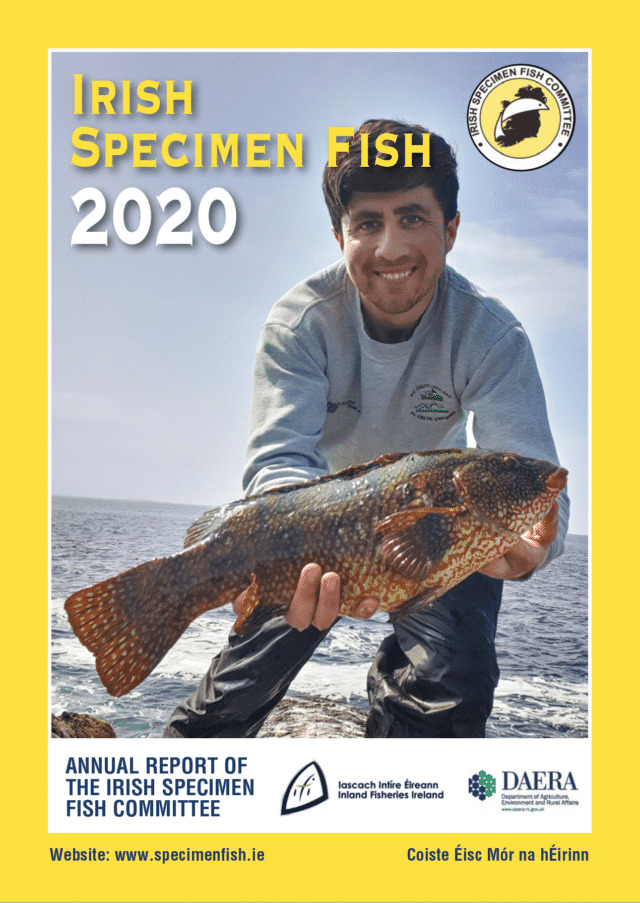 The ISFC report that:

Despite the COVID-19 pandemic anglers fishing in Irish waters in 2020 caught hundreds of large fish according to the just-published Irish Specimen Fish Committee Report.

One new record was set and over 300 exceptionally large fish of different species were caught by anglers from venues throughout Ireland. The main species were shark species like Smooth-hound and Spurdog and, in freshwater, Pike and Brown Trout dominated.  All fish were caught, weighed, measured and released.

Details of all these fish and current Irish record fish are in the Irish Specimen Fish Committee Report 2020, which has just been released. The Irish Specimen Fish Committee, which is supported by Inland Fisheries Ireland, is an independent all-Ireland voluntary body which verifies and records the capture of large fish caught on rod by anglers in freshwater and marine waters.

The Irish Specimen Fish Committee report is available on the ISFC website www.specimenfish.ie or from the Inland Fisheries Ireland website http://www.fisheriesireland.ie/. Hard copies of the report will be available in mid-May.

Anglers both at home and abroad will be reading the report carefully to plan future angling trips to catch the big fish in Ireland.

A nice 16lb salmon on the Boyne but fishing is slow