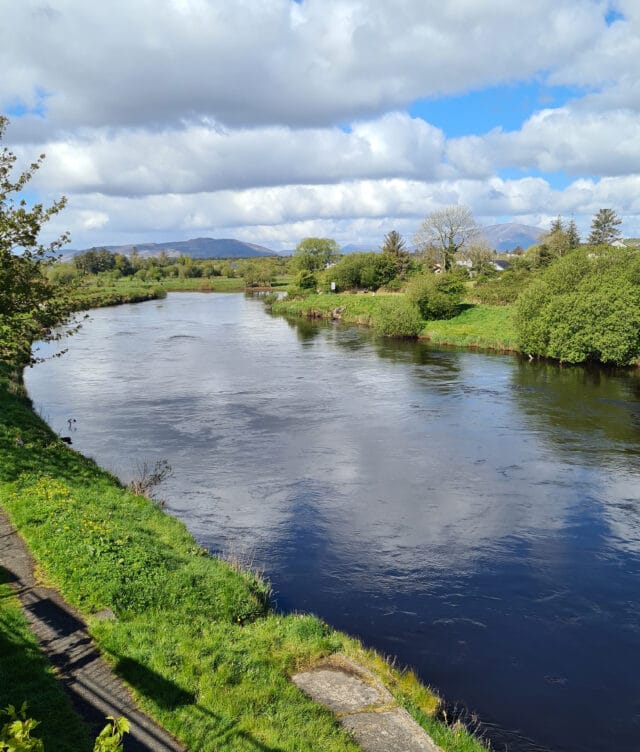 A mixed week weather-wise, with strong winds, rain, frost, and sunshine made for sometimes challenging angling conditions.  Some good results were had by those who ventured out when conditions were suitable.  Covid-19 travel restrictions only permitting travel within one’s county were still in place this week but inter county travel is permitted from 10th May which is likely to increase angling in the Moy catchment.

Ballina Salmon Anglers reported 12 salmon caught for the week, mostly on worms, the best of which weighed 11 lbs.

Again, for the second week running, Gannon’s Fishery hit the jackpot with another 16 lbs. salmon caught by the same angler as last week Geoff Wiles, who also caught another salmon just a half hour before for 10 lbs, which was released.  Pat Gannon informs that the fishery is now open for angling with new 1 day permits costing €30 and weekly permits costing €120. Pat can be contacted on +353 (0)86 2659066.

The Foxford Fishery was very lightly fished during the week and reported 2 salmon for the week, both caught on spoons for 7lbs. and 9 lbs.

Foxford Salmon Anglers report 5 salmon caught for the week, the best of which weighed 10 lbs. Congratulations to one of the youngest members, A. Doherty who landed an 8 lb salmon during the week.

Cloongee Fishery produced its first salmon of the season for almost 10 lbs. on a spoon.

East Mayo Anglers report 15 salmon for the week with 2 of these released. The best fish weighed 13 lbs. and was caught on worm by Jimmy Byrnes, Swinford.

Just a handful of sea trout were reported caught in the Moy estuary as the weather was not very favourable.