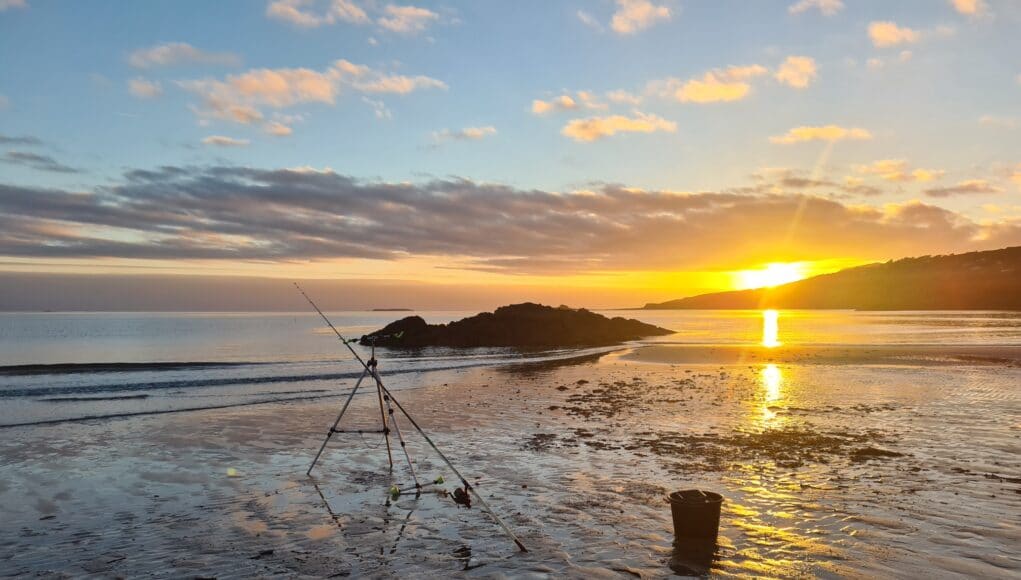 As the weather cools and the nights draw in, sa anglers know that this is prime time for flounder fishing. These obliging flatfish can be found close inshore, often in the surf just a few feet out, and feed hard at this time of year to put on condition before their winter spawning migration.

The Killybegs anglers were glad of these fish in their latest competition, held on Fintra beach last Friday night, as their latest report tells. 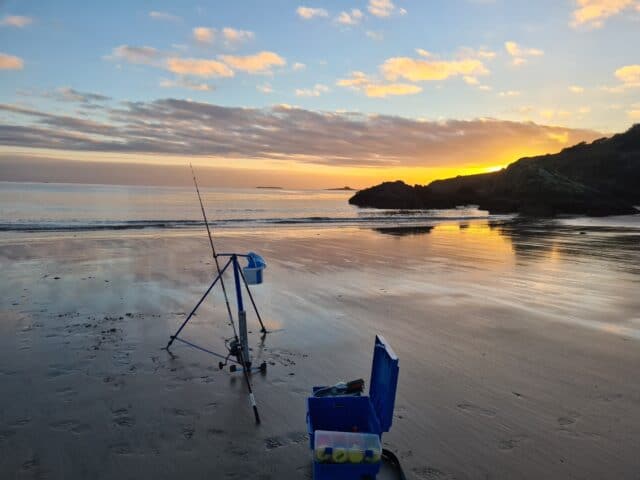 Another great turnout of 18 anglers lined the dead calm waters of Fintra Bay watching a beautiful Autumn sunset last night and that helped make it a great night out even if it was a scratching session where flounders were all in one small section of the beach and it took all manner of tactics and distance to wangle out a fish from everywhere else. 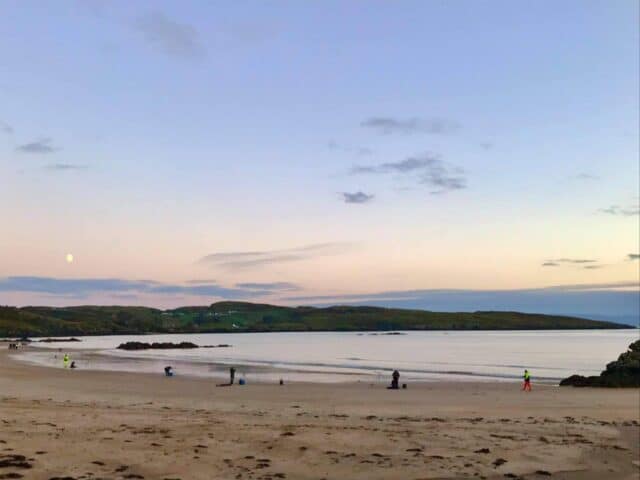 Crabs were out in force pulling at the baits and distance casts found a few dogs and dabs along with pin whiting, small coleys and pollack.
A good fishing of flounder were to be found for the lads at one end with good sizes to 33cm. 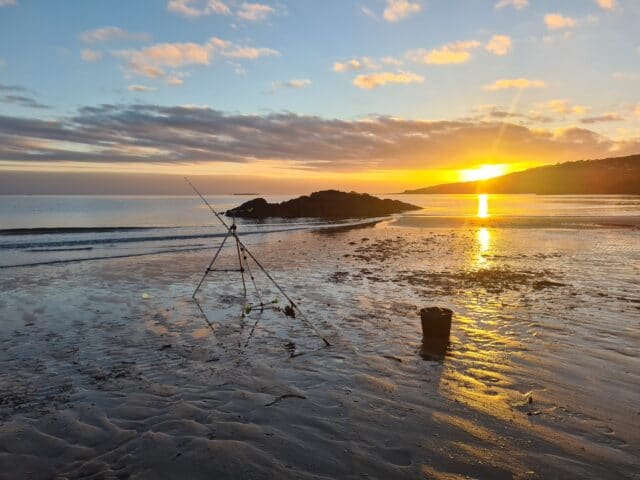 Longest flattie prize money of €55 was won by a 33cm flounder for Noel Kennedy.
2nd overall with a great fishing of 5 flounders for €55 well done to Sean Harte.
And in 1st place for 2 wins in a row well done to Peter McGroary with 6 flounders for €110