A wise angler once told me that this might be one of the coolest summers we ever have, and looking back at the month that’s gone, July was warm and dry, with temperatures above average everywhere and rainfall below average everywhere. Record maximum temperatures for any month since records began were clocked at no less than nine official weather stations around the country – with the Phoenix Park recording a temperature of 33.0°C on Monday, July 18th (the station’s highest daily maximum temperature ever recorded from records going back to 1881).

Having said all of that, sunshine totals were lower than their long term averages nearly everywhere and winds were not particularly strong, with no gales or storms recorded at all during the month. Light winds mixed with warm, dull, dry weather sound like the perfect conditions for chartering a boat to tackle some of the saltwater species around our shores, and that is where we start this week, as the CHART bluefin tuna fleet tagged several monsters in the interest of scientific research. After a couple of boats recorded their first fish on or around July 26th in Donegal Bay, the rest of the boats in the area got in on the act and fish have been coming thick and fast ever since. Some fish have also been sighted off the south coast, so hopefully it won’t be long before the rest of the CHART fleet can get some action.

Other charter boats have been doing well targeting mixed species, with Sioux getting good results on the hunt for ling and conger in Kerry, blue shark fighting hard in West Cork and hounds, huss and tope making up the numbers in Wicklow. Also in Wicklow, Greystones Ridge AC are calling all tope anglers to participate in their Monster Tope Festival on August 20th and 21st. It’s a mix of tope fishing with prizes for other species too (ray, bull huss, lesser spotted dogfish, spurdog and smooth hound), and there are great prizes on offer – contact secretary@grac.ie for more info. Speaking of species mixes, the Killybegs Mariners’ species hunt continues and club members have caught all creatures great and small from shore and boat there this week. 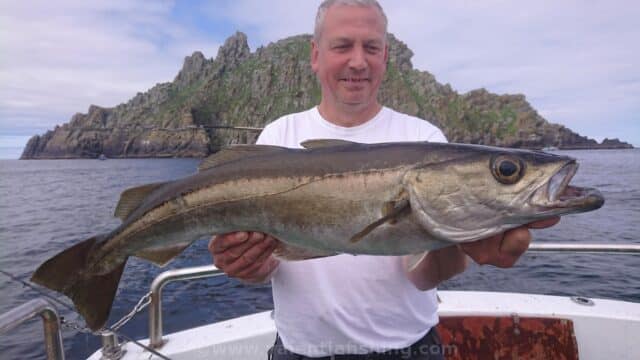 There was a drop of rain during the week that gave some rivers in the west and north a badly needed top-up, but in the east and south rivers remain low and, in some cases, quite overgrown with weeds and reeds – a topic of discussion on the Ireland on the Fly Podcast where River Suir Angler George McGrath chats with Ken Whelan, Daire, and Tom on the subject.

The coarse angling festival calendar continues and we have results from both the Clones Angling Festival and the Lough Muckno July Festival, which unfortunately had to be fished with a much reduced field of anglers. In Fermanagh, a couple of pleasure anglers, Niall and Michelle, who were fishing for roach and perch got quite a surprise when they managed to land a tench or two from a local lake that they didn’t know contained tench! Michelle wins our Catch of the Week for the joy on her face at such a surprise! Further afield again, we wish the Irish U20 coarse fishing team the best of luck as they compete in the FIPSed Coarse Angling for Youth World Championship which is taking place on the River Sava in Slovenia.

The Annacotty Fish Passage Project is underway and to create greater awareness, Inland Fisheries Ireland is hosting a Public Information Meeting on Tuesday, August 23rd 2022 at 6pm. The venue is the Castletroy Park Hotel on the Dublin Road in Limerick.

The M.C. on the night will be Noel Davidson of The Entrepreneurs Academy and there will be presentations from the project team at Inland Fisheries Ireland followed by a ‘Questions & Answers’ segment with the audience.

Anyone with an interest in this project and all stakeholders are invited to come along. To find out more about the project or to register for the Public Information Meeting on August 23rd, please visit www.fisheriesireland.ie/annacotty 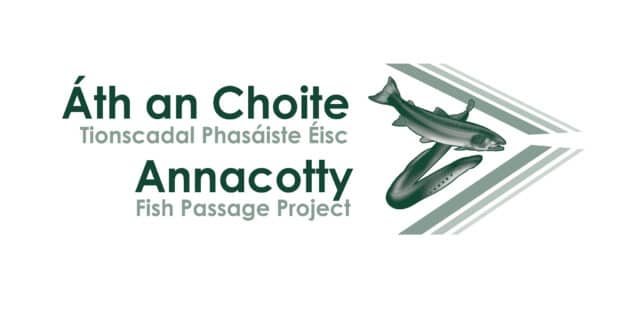 Lowest temperatures of 6°C to 10°C overnight on Friday, some pockets of mist and fog will develop as winds fall light and variable.

Saturday morning will be dry and sunny in the south and east but drizzly in Connacht and Ulster, spreading to all parts. Drier again by evening with sunny spells. Highs 16°C to 21°C, warmest in the southeast in light westerly winds. Mostly dry overnight with clear spells, but patchy drizzle near northwest coasts. Lows of 9°C to 14°C, with a few mist and fog patches in a light westerly variable breeze.

Mostly dry with sunny spells and the odd shower on Sunday, highs of 17°C to 21°C in light breezes. Dry overnight with clear skies, lows of 9°C to 14°C. Warmer on Monday and Tuesday of next week, highs of 18°C to 23°C.