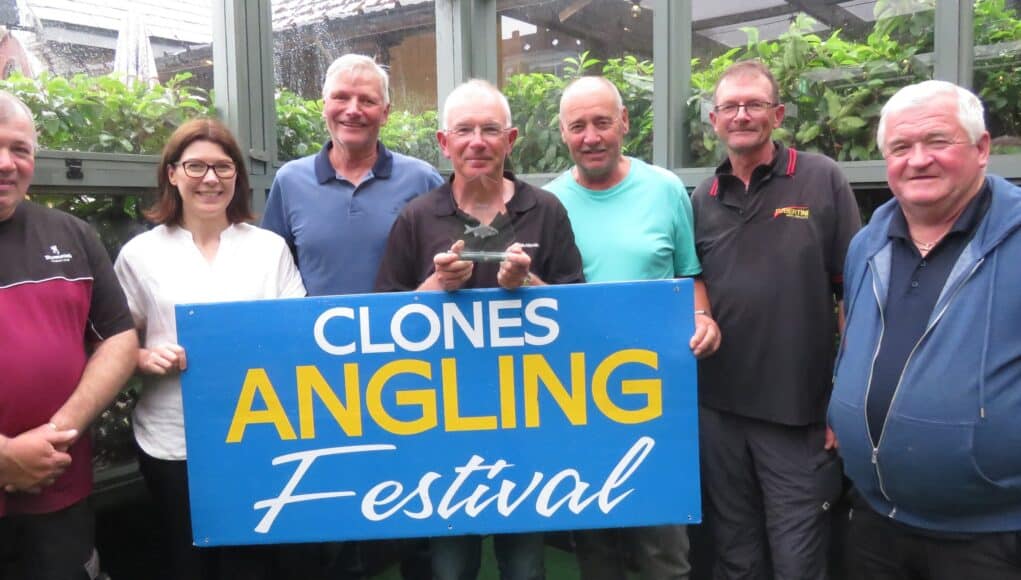 This report on the 2022 Clones Angling Festival from the Clones Coarse Anglers:

It was good to see faces old and new at the annual coarse fishing festival held this August bank holiday weekend. After the two-year break it was always going to be interesting to see what the catches would be like but the County Monaghan lakes provided for a fish-full festival.

Annaghmekerrig started and finished poorly but produced a fine stamp of roach mid-festival with a top catch of 20.600kg by Neil Mazurek. Popular Baird’s Shore didn’t produce tench in the usual numbers but provided regular mixed bags and a top weight of 15.600kg for John Potters on the final day, also on White Lake, Bream Rock fished steady over the four days with a good number of hybrids and a top weight of 21.000kg for Niall McKitterick. Mullanary although generally difficult did produce specimen fish for some and a top weight of 11.950kg.

It was a close-run match with no clear winner until the final day – which was fished in torrential rain. John Potters’ 231 fish on the whip at 4m gave him the festival on the last day with a total of 48.780kg, leaving Mark Theedom just 640g behind and this year’s runner-up. In third position was Neil Mazurek with 46.650kg and in fourth Tony Kersley with 44.650kg. Congratulations to all the winners and framers throughout.

The Clones Coarse Anglers would like to thank all those who took part for their company and camaraderie on the bank. It was an enjoyable festival indeed made possible with the support of the local landowners, bait supplies from Irish Bait and Tackle Limited, The Tyrone Guthrie Centre Annaghmakerrig and Clones/Ballybay Municipal Council. Thank you to the staff at the Creighton Hotel Clones for their hospitality throughout.

Scores and scenes from the week
1 of 13