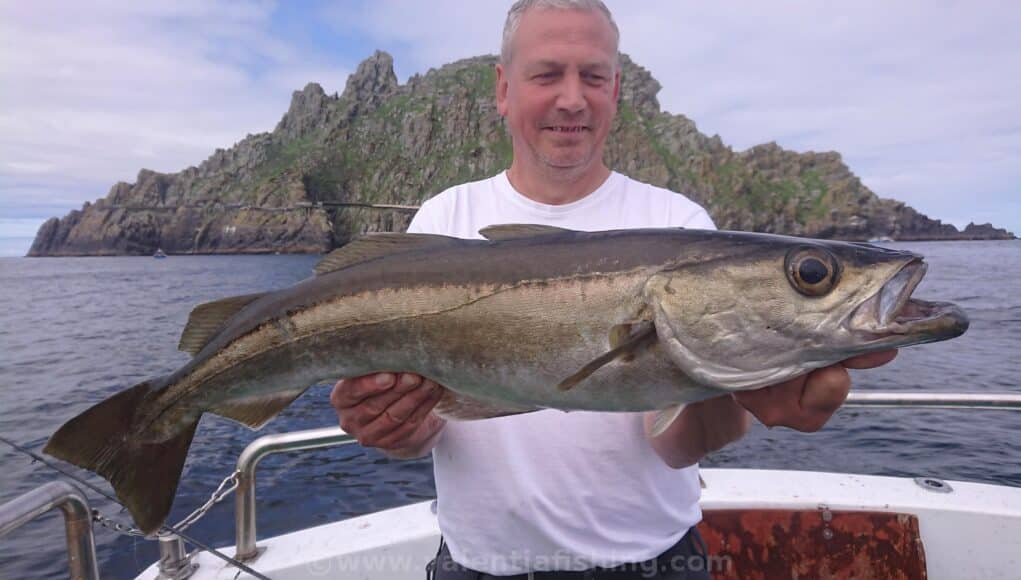 Siegy Grabher, skipper of Sioux out of Valentia Island reports some great fishing around the Skelligs and Valentia Island in the past week for his German guests from Wolfsburg.

The anglers targeted pollack on lures around the Skelligs early in the week landing some really good sized fish in spectacular surroundings. They then went after big ling and conger towards the end of the week and they weren’t disappointed, catching some real beasts.