The Limerick County Pike Angling Association were confined to local waters last week as flooding put some of their usual venues out of action. 11 anglers turned out for their third competition of the year and they were greeted with some fine weather and a few hungry pike. And it was early out of the traps for Charlene Dillon who had only just got her float settled when a pike grabbed it and took off with the bait. She let it run a bit and then struck into a nice fish which tipped the scales at 9lb 15oz. That proved to be the best fish of the day but there was plenty of action with some smaller fish causing a bit of havoc, including dragging a rod out into the water…

Heaviest Bag
Charlene Dillon 9lb15oz
Stephen Murphy 8lb2oz
Barry O’Donnell 5lb6oz
JJ 5lb
Tommy Williams 2lb15oz
Heaviest Fish
Charlene Dillon 9lb15oz
The club is open to new members including women and kids and no experience is necessary so if you are interested in joining them for a day out, contact them via their Facebook page. 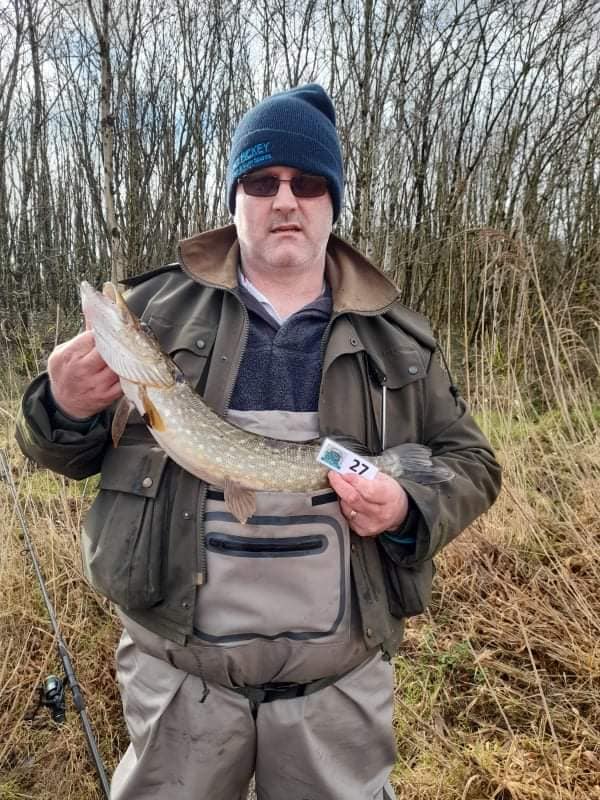 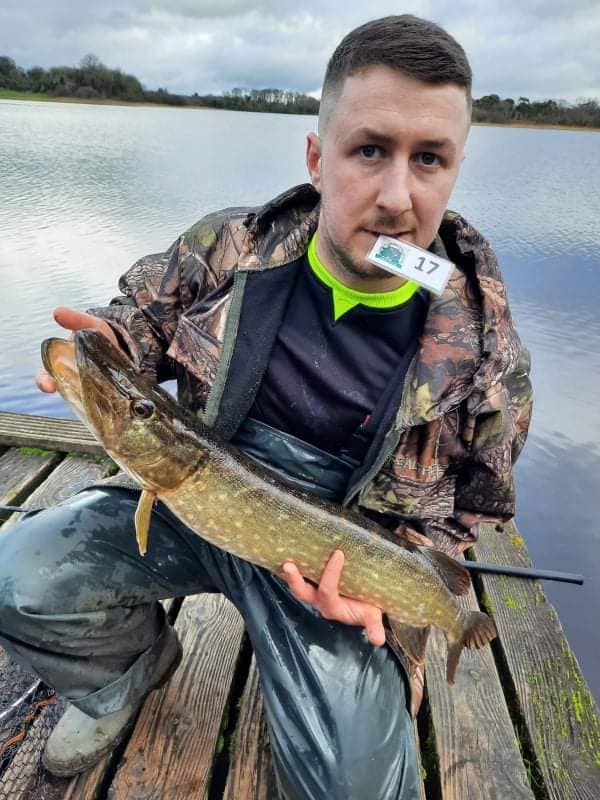