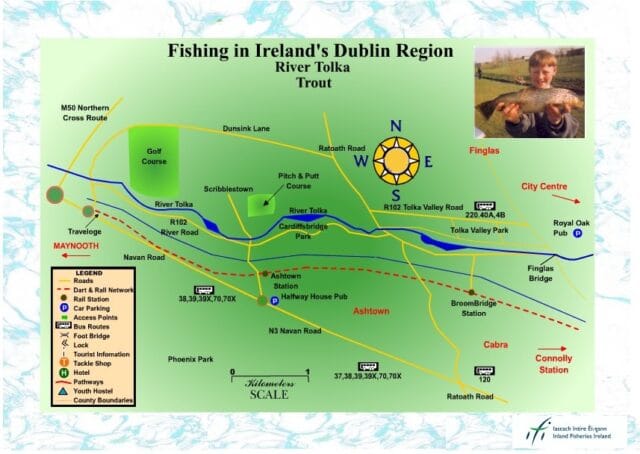 The Tolka river rises near Dunshaughlin in Co. Meath and flows in a southeasterly direction for approximately 14 miles before entering the sea at Clontarf on the north side of Dublin City. For nearly half its length it flows through urban sprawl. Ironically, the best trout fishing is within this area.

The Tolka is an extremely rich river, which holds a reasonable stock of wild trout. Permits are available from the local angling club. The best fishing is from Finglas Bridge to Abbotstown Bridge. Access is mostly on the Eastern bank with the exception of a pedestrian footbridge from Ballyboggan Road on the southern bank of Tolka Valley Park. The river supports hatches of olives, midges, gnats and a small hatch of sedge. Fishing on this river is controlled by the Tolka Trout Anglers Club and riparian owners.

All legitimate methods are allowed subject to the salmon and sea trout regulations and club and fishery rules.

Try fishing a heavily weighted goldhead through the deep pools early in the year.

A season permit is required to fish the Tolka. These can be obtained from the Club Secretary or from the following tackle shops; Rory’s, Henry’s and ABC.

Access does not imply a right of way and anglers should ensure that, they have the necessary permission to enter or cross private lands. Where possible anglers should walk along the river bank or lake shore.

Close gates and ensure that fences are not broken or damaged. Take care with crops and livestock. Do not discard litter and do not light fires. Park vehicles in designated areas and in such a manner that they do not cause obstruction. Follow the principles of Leave No Trace when fishing. 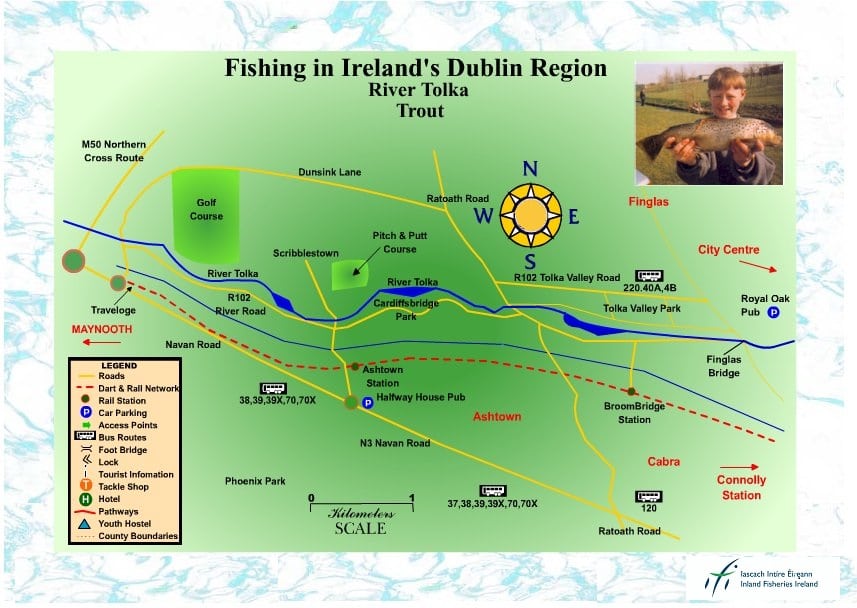