The Derry river rises north of Tinahely and flows through Shillelagh before entering the Slaney at Killdavin. It is primarily regarded as a spawning river for the Slaney. The Derry River holds small brown trout averaging 6 ounces. The river is very overgrown and is rarely fished except by a few local anglers.

The Derreen River rises north of Hacketstown in Co.Carlow and flows southwest to meet the Slaney below Tullow. The river holds occasional salmon in the spring. upstream is better known as a trout river,the average size of the trout is around 0.5lbs and it can produce a very occasional fish to 3lbs.

The best of the fishing is from March to June.
There are two angling clubs with fishing rights on the Derreen River and the remainder is in private hands.

No worm fishing, single or double barbless hooks only. 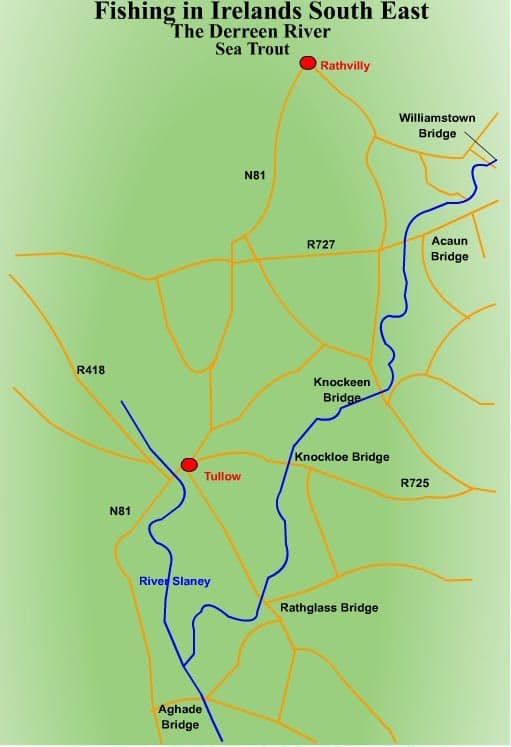 Trout fishing in the South East