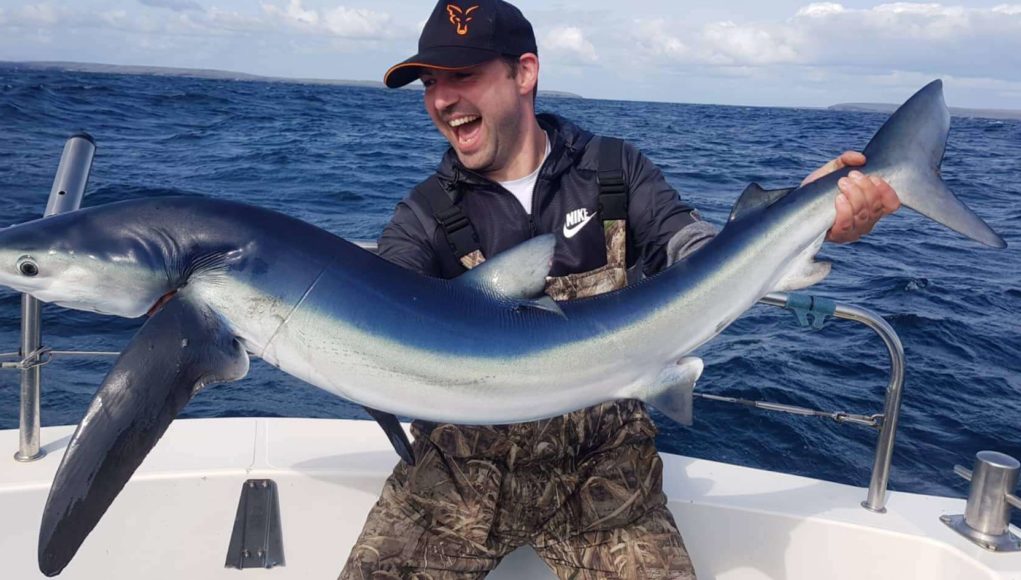 Skipper John Fleming reports that blues season is in full swing  – although the catch rate hasn’t been all that high the average fish are a good size, and all tagged and released of course.

We have also been on the reefs and at tope too, with a few nice size tope – the biggest going around 30lbs.

Plenty of pollock on the reefs with a lot of small codling and some nice wrasse too.

Mackerel are very patchy but plenty of scad are making up for that thankfully.

It’s been a very busy summer so far so let’s hope the weather holds for the rest of the season.