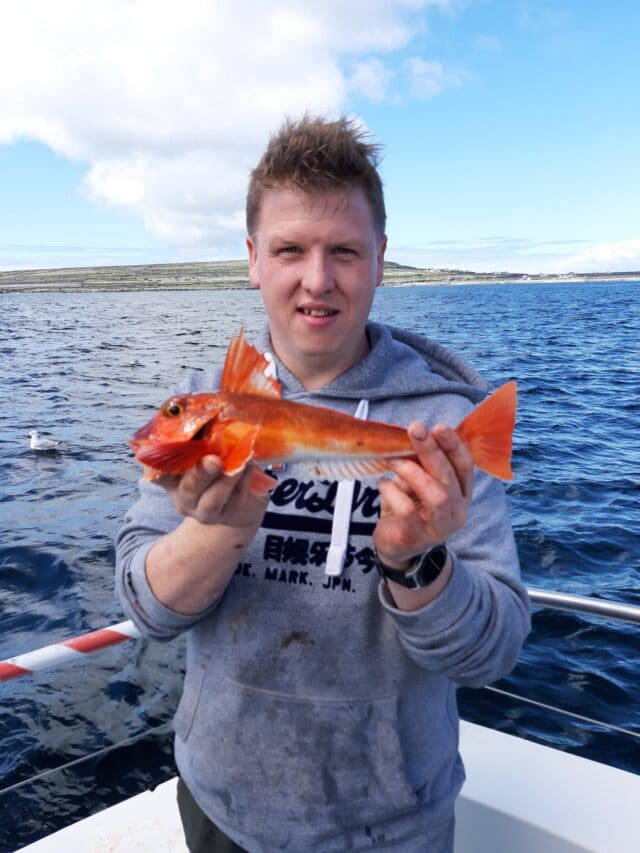 Non-stop action on the reefs, clean ground and shark grounds! We had a session on the spurs that got out of control about 40 spurs for 3 hours at anchor including three specimens for James O’Donnel and son Matthew. 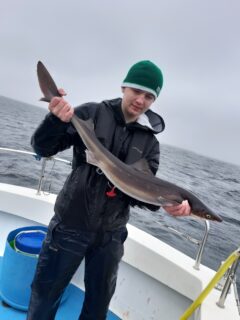 The next day we were on the reefs and mixed species fishing was very good. We had sandeels, mackerel, poor cod, pollock, coalies, pouting, grey and red gurnards and wrasse. Fantastic to see the bay so full of life! 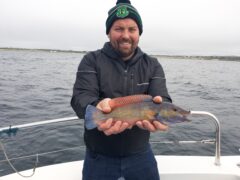 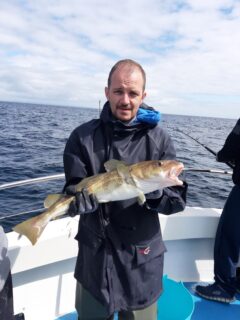 We were then on the blue shark grounds for our first days sharking and had a fantastic start. However, first shark to the boat was a nice porbeagle of about 70-80lbs. for Mark Lydon. We had 2 small blues, then David Trill had a big run…again a porbeagle of about 90lbs. Just as we were about to call it a day we had another screaming run. Mark was up again and a good scrap was to follow and mark got his second porbeagle of the day. 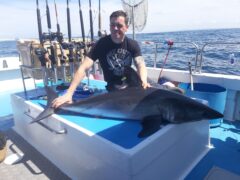 All in all a fantastic week for anglers in Galway Bay!

John Fleming, skipper of the Brazen Hussey 2, can operate out of Rosaveel, Spiddal or Galway depending on species being sought after. Fishing on the inshore reefs for pollock, cod, ling, wrasse, conger eel and mackerel can be reached in 10 minutes from departure, while our offshore reef marks are within 45 minutes of departure. Our ground fishing for tope, spurdog, ray, bullhuss, turbot, plaice and the giant common skate can all be reached within the hour which ensures the most amount of time is spent fishing. The shark season usually starts at the end of June and runs into late October, this is the ultimate angling adrenaline rush with these hard fighting blue and porbeagle sharks all being tagged and release safely. 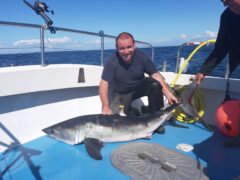 All sharks are tagged and released. For further information on IFI’s Marine Sport Fish Tagging Programme and how it contributes to  scientific knowledge of the distribution of different species please check: https://www.fisheriesireland.ie/Tagging/marine-sport-fish-tagging-programme.html

Best week for anglers on the Moy so far