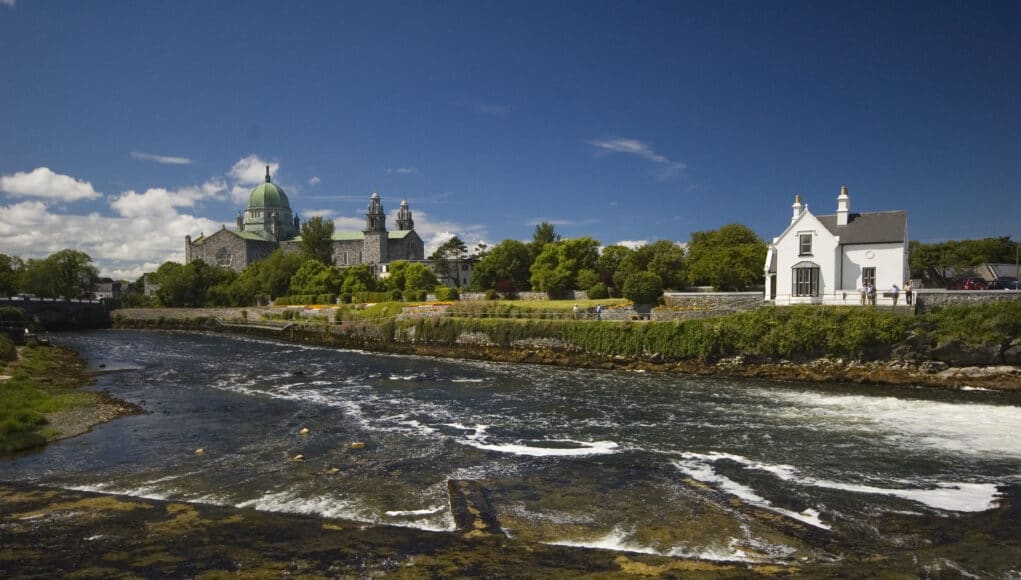 It’s been a very dry week, given the time of year. Some areas had as little as 3% of would you expect to see. For any of you who were out to wet a line the news comes as no surprise as the skies were cloud free for much of the time. The easterly winds kept things cool though and the whole lot together aren’t exactly great fishing conditions. But for some they were just good enough…

All the salmon fisheries reported a similar fate in the last week, great weather and falling water levels, many already at low summer level, made for tough angling conditions and not many salmon were reported caught. One bit of water which bucked the trend was the Galway Fishery which opened on 18 April and has seen some very rewarding spring salmon fishing for local anglers.

By the way, we are almost half through this year’s salmon season but a large number of anglers have not yet returned their logbooks and catch records from last year. So, IFI is requesting all salmon and sea trout anglers who have not returned last season’s (2020) angling logbooks and unused gill tags to do so immediately.

Sea trout also make the pages of fishinginireland.info this week. There were a few fish caught on the Moy Estuary and a fine 5lb caught and released on Lough Currane. We also have a great 2 part video from Marcin Kantor which would serve as a valuable aid to anyone thinking about chasing sea trout in the sea.

Trout anglers having been trying to make the most of the settled weather and there was a bit of activity on rivers and lakes over the weekend. Lough Conn saw some anglers turn to sinking lines to beat the bright sunshine and the tactics paid off, with a few boats getting good fishing as trout to 2lb and more were landed. In river fishing we have reports from the Nore and the Fane, mostly small fish being caught and released.

But the really big news came from Lough Corrib. Angling guide Tomi Kurman has been out with friends recently and they have had spectacular sport catching trout to an estimated 20lbs, all safely released. Not a bad alternative while conditions made fly fishing difficult.

Not much to report from the coarse and pike scene again this week. Some of the IASCaire anglers were out and had a few fish. While in the Midlands Mick Flanagan has been getting amongst the pike and up on Assaroe there are reports of some good pike fishing too. 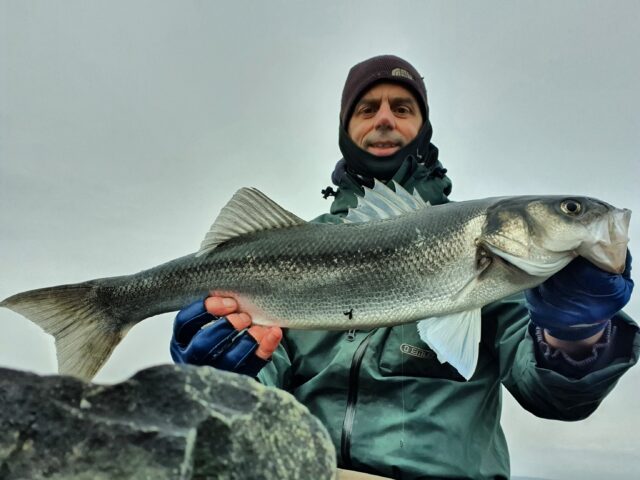 Sea anglers were quiet also. Just one report from a sea angler in the south east. Some decent bass are beginning to stir in that corner of the country. Some charter boats were hoping to return to the sea under the “two households” rule, but we’ve had no reports yet.

Hopefully, as inter county travel returns in the coming weeks, we’ll see more anglers back on their seat boxes, in their boats and on our river banks and sea shores for some safe, socially distant fishing in the fresh air of the Irish countryside.

There’s been a great response to Go Fishing Week. Thank you to everyone out there who took time to join the webinars, tune into the live streams and listen to the podcasts. There are still a couple of more events to come before the week ends on Sunday, and you can watch or listen to anything you missed on our YouTube channel (30 videos uploaded!) and podcast sites (Spotify | iTunes). There is one more live streaming event taking place on a rainbow trout fishery at around 5.30….
You find out more about the remaining events here.

Any mist or frost will quickly clear on Saturday morning. A similar day to recent ones with sunshine and scattered slow moving, possibly thundery showers. Highest temperatures will once again range a relatively cool 9 to 12ºC, in just light variable mainly northerly breezes.

Sunday will start with hazy sunshine in the morning however cloud will increase through the day. Some patchy drizzle may develop especially over higher ground in Ulster. Highest temperatures again of 9 to 13ºC in light westerly or variable breezes falling calm at times.

Monday gets going with a wet and blustery weather; widespread rain and fresh to strong southwesterly winds reaching near gale force along southern coasts. The rain will clear to showers from the west during the afternoon and evening as strong and gusty winds veer to the northwest with gales for a time along western coasts. Highest temperatures of 9 to 12ºC, but possibly cooler over Ulster. After that things go backwards a bit as winds become raw with plenty of cool weather, rain and hail leading to thundery conditions. With a bit of luck it’ll stir up the fish…