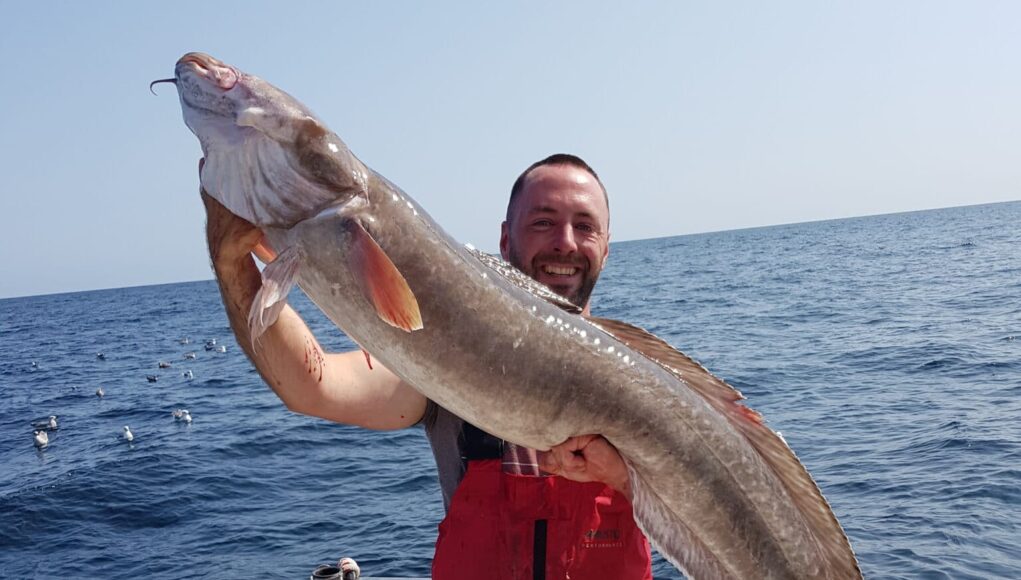 A couple of distant trips this week saw Julian Lewis Jones get amongst the Albacore Tuna as well as plenty of Blue Sharks.

This was followed by a spin to the offshore wrecks before the easterlies put paid to any further offshore trips for a few days.

Evan McGovern was pleased to finally get his specimen Ling. A cracker at 31lb which wns Catch of the Week and Dan Lynch was happy to add a further specimen of 27.5lb to his already long list.

Shane and Gary also smashed their PB’s on the trip. Bluefin were sighted offshore so our focus will soon turn to them over the coming weeks