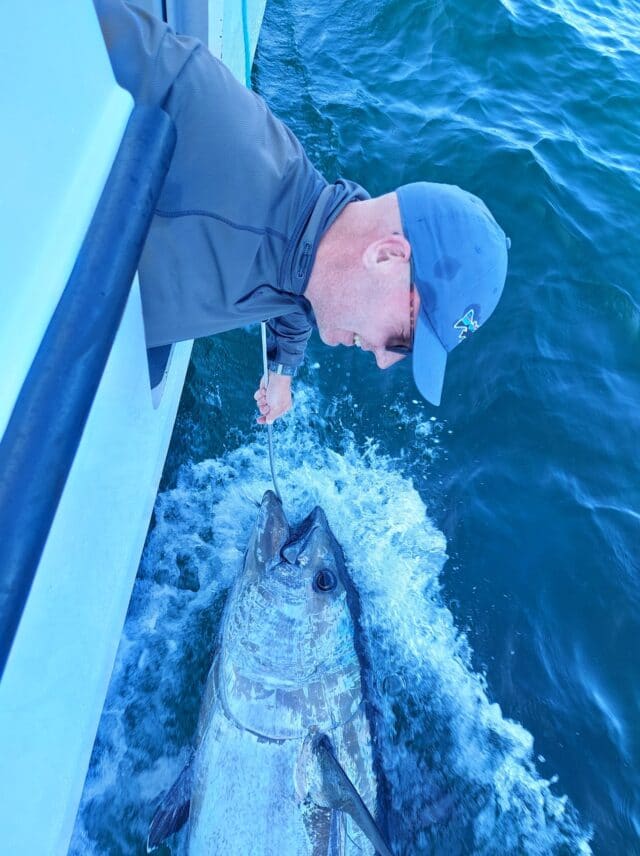 During the past week more nice bluefin tune were caught by anglers fishing out of Mullaghmore & Killybegs. 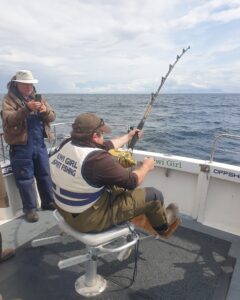 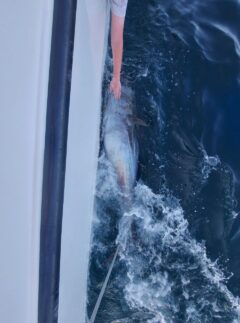 Kiwi Girl based in Mullaghmore had 6 fish to the boat, tagged and released with 4 fish in the 400 lbs. class and two more smaller fish.

Adrian Molloy of tuna.ie also reports some good bluefin action including two tuna for Dave Rutledge, the first a fine fish of over 400 lbs. and the second a smaller fish of 200 lbs. Both on stand up and tagged and released after short fight times and in good condition. 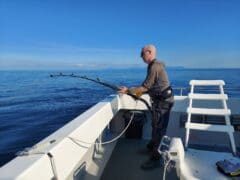 Notes: We have on offer big game fishing for shark and
Giant Bluefin Tuna, bottom fishing , diving charters and sightseeing trips. All tuition to whatever level is on hand , all gear and tackle is supplied from 130Lb. class rods to lighter gear for bottom fishing.

Skipper: Adrian Molloy
Base: Killybegs Operational area: Up to a 30 mile radius from the point of departure.

Notes:We can also offer you some of the finest Sea Angling in Ireland, inshore and offshore on the best boats and with the best skippers.

Whatever your angling interests from ultra light tackle and fly fishing for big reef pollack to trolling and stand-up tackle for fast fighting Tuna – we aim to please ! Dolphin and whale watching, scenic tours and wildlife trips  available along some of the most spectacular scenery in  Ireland. Shark fishing! Skate fishing! Tuna fishing!  Donegal has it all.