As another season has passed, David McEvoy rounded up the final few weeks of the season on Delphi, with a look back at 2021 overall.

“I don’t think I can say I’m sorry to see the end of the 2021 fishing season. It has been an amazing, crazy, whatever you want to call it two years. I’ve dwelt enough on it in the past but I hope at this stage that all these lockdowns are confined to history and 2022 can be a normal fishing season, without interruption.

As is often the case the first half of August was very productive, which was especially true this year as it was the first few days in the month before we got rain. As reported in my last update we had plenty water up until the 15th and then the fine weather returned, with only 34.8mms for the remainder of the month. As a result, the fishing slowed down, with only another 21 fish landed. 7 of these were taken in week 33, with William Beattie, Jim Wilson, Teddy Coulter, Jim Carolan and Seamus McEvoy all scoring. There were 6 in week 34, with John Moran, the Lucas brothers and Pat Horkan landing fish. There were 8 more landed for the rest of the month by the Lucas brothers, Teddy Coulter, Jasper Mathews, Bruce Williamson and Sjoukje Williamson-Verf. That brought our total for the month to 99 which is the highest since 2008.

In September, despite relatively good conditions, fish seemed to get the August Blues with only 12 landed up to and including the 29th. Father and son duo of Florian and Marc Demanet had fish early in the month, while Brendan Wilson, Terry Bradley, Ed Caffrey, Jack Browne, Robbie Scott, Stephen Hegarty, Charles Hardinge all landed fish, while Niall Tierney managed to land his first ever on the 11th. The 30th was an all-method day which saw 18 landed, with fish being landed by the Carroll and Heneghan families, Michael O’ Kane, Heather Ritchie, Seamus McEvoy and a first ever for Cian O’Malley. Weather conditions on the day were wet, wet , wet, not unusual for the final day!”

That brought our total for the month to 30 and 301 for the year which, was not bad, considering we lost the first few months due to lockdown and then our weather in the main grilse run, with water temperatures reaching 25.5 degrees made salmon angling extremely difficult. Sea trout were yet again disappointing, the final figure which I will have in the annual newsletter. Until then thanks to all for your support and patience. 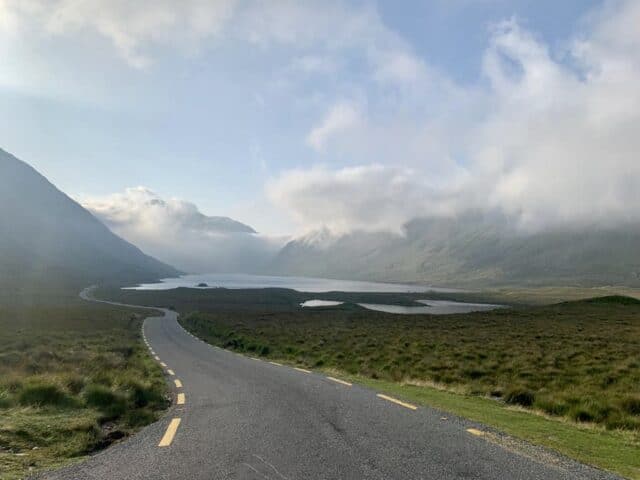