15 March: Wild Atlantic roar was smashing into the beach all weekend as the boats stayed tied to the pier and the dog refused to venture out the door when it was opened for him but the Mariners lads headed for the beach seeking the local bass.

Always nice to be rewarded for the effort as the hail stones came sideways across the bay and the big surf tables could be picked out nicely for lobbing the baits into.

Some beautiful bars of spikey silver brought great joy for the gang to see coming up the beach. Still very early in the year but already some great fish got for the club records for the season. 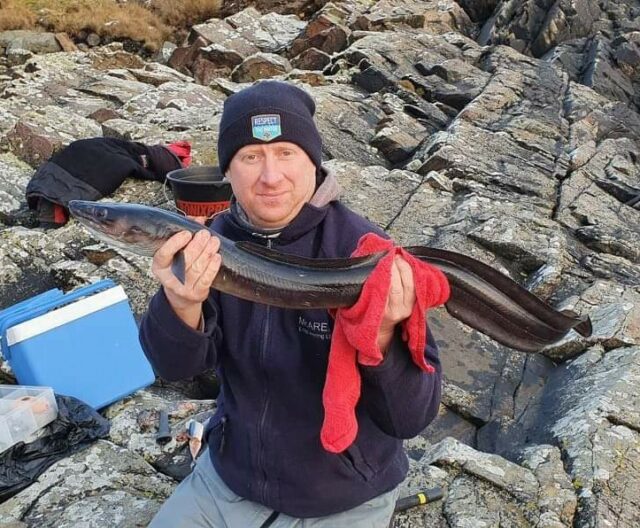 11 March: A nice fishing of 7 species in the harbour for John and Gavin with some congers prowling the shore and also dabs, dogs, whiting, pollack, coley and 3 bearded rockling all taking a fancy to the fish baits.