Inland Fisheries Ireland will be carrying out a fish stock survey on Lough Corrib to assess the current status of the fish populations in the lake between the 14th June and 2nd July 2021. It will involve netting at over 120 sites throughout Lough Corrib. The survey will be conducted by Inland Fisheries Ireland staff from IFI Galway and research staff from Citywest and will use a maximum of three boat crews. 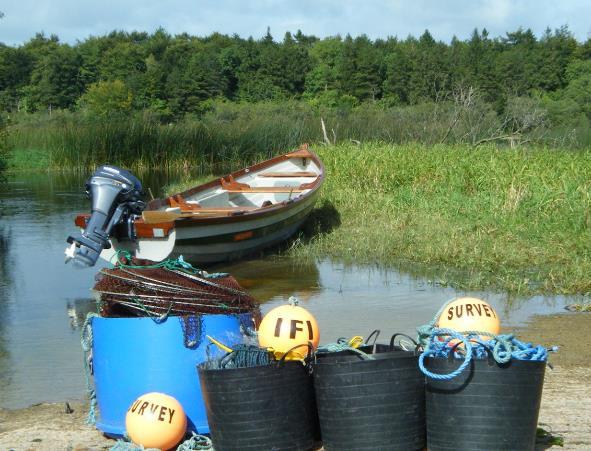 The survey will provide a range of information on the fish stocks in the lake. Information will include fish distribution, relative abundance (catch and biomass per unit effort (CPUE and BPUE), size distribution and age and growth information for most species captures. The diet of selected species will also be assessed.

The survey crews will be very visible on Lough Corrib during the survey. All sets of nets will be marked with distinctive buoys labelled ‘IFI Survey’, see below. Any anglers or other lake users are asked to be vigilant if out and about on the lake over the next few weeks and to avoid snagging in the nets. If you see these buoys please leave them undistrubed. Thank you for your cooperation. 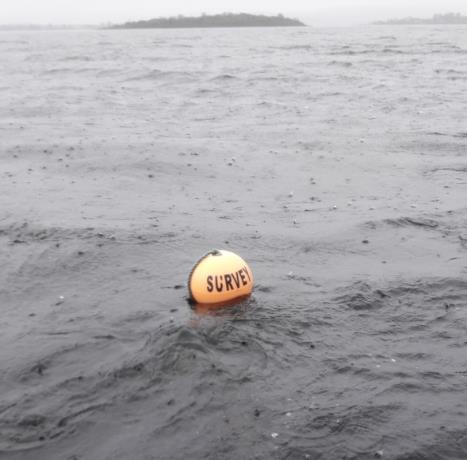 1. Why Survey Lough Corrib
Regular monitoring of fish stocks plays an important role in managing ecologically sensitive waterbodies including those, like Lough Corrib which support important angling fisheries. As the statutory body charged with the conservation of our waterways IFI need to stay informed on the status of fish stocks in all Irelands’ fisheries of interest, including Lough Corrib. Lough Corrib is surveyed as part of the Water Framework Directive (WFD) surveillance monitoring programme and IFIs brown trout monitoring programme. The survey is normally carried out every three years.
A fish stock survey, using survey gill nets and other methods (e.g. fyke nets) is standard international practice for carrying out such a census and comparable techniques are used across Europe. Lough Corrib was surveyed previously as part of IFIs WFD monitoring programme in 2014 and 2018.

2. Survey Timing
Most lake fish monitoring surveys are undertaken from June to early October. The timing of sampling is linked to an understanding of the life history strategies of the target species. In most circumstances sampling should be carried out when juveniles are of a sufficiently large size to be susceptible to capture and distinguishable from similar species (European standard). Temperature also affects the efficacy of passive gear such as gill and fyke nets, and netting should coincide with peak activity periods. On major angling waters, surveys are also timed to avoid overlap with busy angling seasons.

3. Survey Catches relative to Stocks
It must be stressed that this netting exercise is a whole lake fish stock survey.
Survey gill nets in tandem with fyke nets provide an effective method for catching fish in lakes. The nets are generally fished overnight (for a period not exceeding 24 hours) to capture peak periods of fish movement, i.e. dawn and dusk. While there will be some mortalities, this is likely to be insignificant for all species relative to their stock size. Data indicates that the proportion of any species captured in such a survey is usually ≤ 0.1% of the stock of any species present. Not all fish that enter survey gill nets are killed and many can be removed and returned alive to the water. Research conducted within IFI over the years, commonly using tagging methods, has demonstrated that many fish that are released from survey gill nets survive for long periods and are available to the angler.

4. What happens to the fish that are killed?
All fish that fail to survive the survey gill netting operation will be used for scientific purposes. Each fish will be measured and weighed. Scales will be taken from a proportion of all species to determine age and stomach contents will also be examined. This information will be analysed to provide information on the age cohorts of each fish species present, their relative growth rates, feeding patterns and other relevant information. Additional samples may also be retained for subsequent genetic analyses or other use.