Fishing in Ireland – Catch the unexpected

Inshore Angler back on the beaches chasing winter flounder

Chris O’Sullivan aka Inshore Angler was out on a south coast beach chasing some winter flounder in some cracking weather recently. Trying out a new rod, he managed a few nice ones to get him off the mark for the year and also landed a small schoolie bass as a bonus. Let’s hope it’s the first of many more fishing vids for 2022. 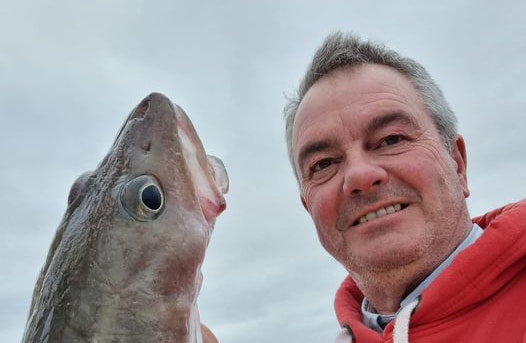 West Cork Charters skipper Dave Edwards took a snap decision to head out on the water  on his own last week and the calm seas spurred him to head a bit further offshore than usual. He was rewarded with some fine ing to 20lb and pollack to 8lb which are fine fish for winter fishing.

Courtmacsherry Angling back on the water for first trip in 2022

Mark Gannon from Courtmacsherry Angling was out on the water for the first trip of 2022 in the last week and reported some nice fishing with decent pollack showing. He’s planning a few more wreck trips in the coming weeks so anyone looking for a day on the water should get in touch.

8 anglers braved some tough conditions as Munster Coarse Anglers held a match at Portumna at the weekend. Fish were very scarce with long periods of inactivity and it took over two hours for the first fish to register. Things picked up a bit after that and at least some of the roach were of a decent stamp when they did bite. 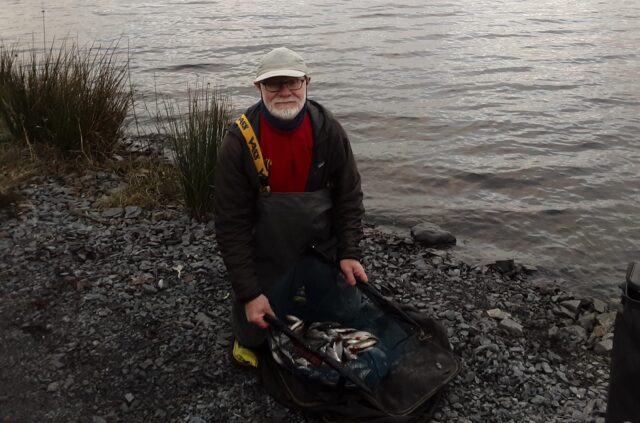 CM Lakelands Feeder Club have been busy over the past few weekends visiting both Muckno and Garadice as part of their feeder league. The weekend before last, 25 anglers fished round 4 of the C/M Lakelands Lough Muckno feeder league. They reported good catches for the time of year with plenty of 5+ kilo bags: 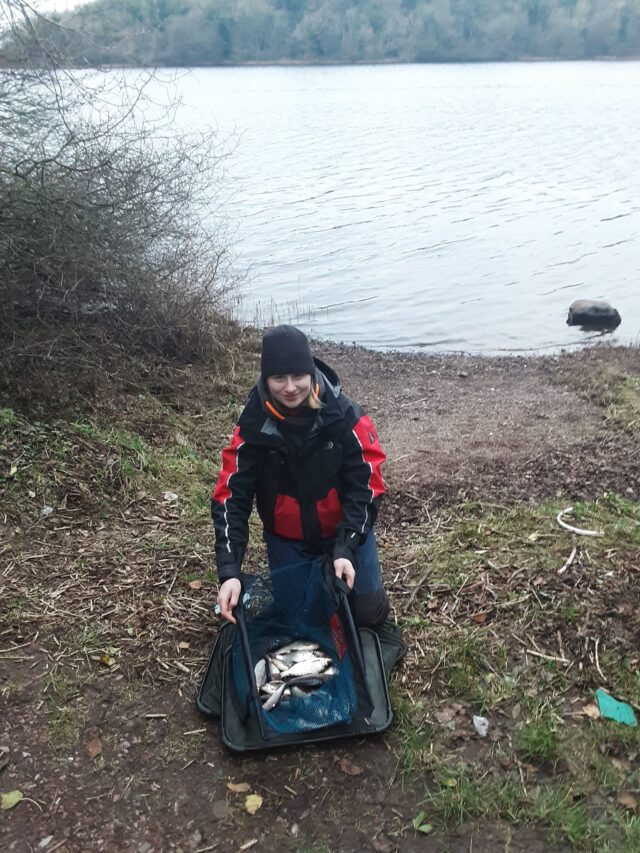 Last weekend it was back to Garadice where they fished on two separate sections where bags weren’t quite as big but catches of 40-50 fish were the order of the day. 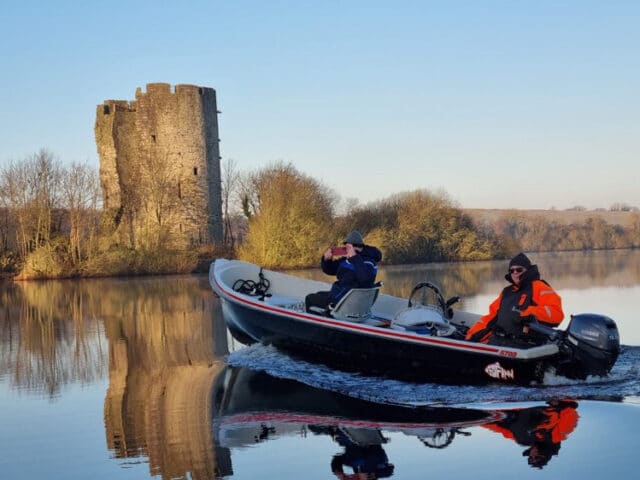 Josef Ludwig and his friends from Germany enjoyed a great week at Carafin Lodge recently. Carafin Lodge is on the Lough Oughter system which gives plenty of ground to explore and the guys made the most of their chances, catching over 100 pike during their stay despite having to deal with some tough conditions. Most of the pike were caught on deadbait and were between 85cm and 105cm and all were returned safely to the water. 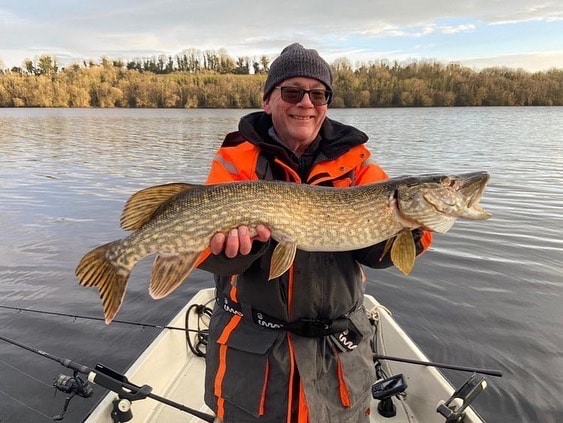 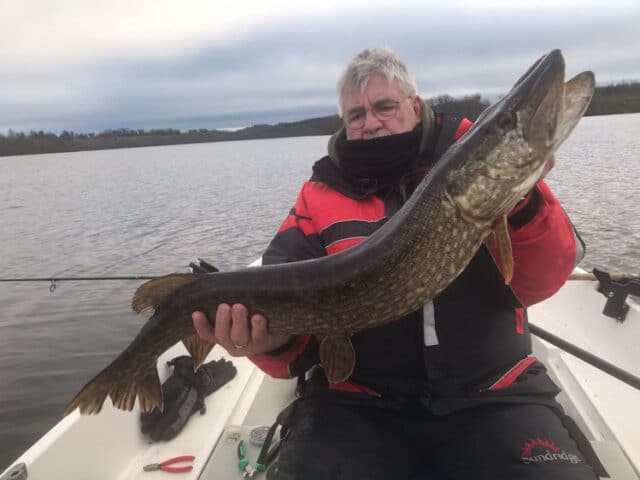 The calm and settled weather of late continued all week, providing excellent winter angling conditions across all disciplines. Having said that, angling effort seemed to have been slow, and as a consequence, reports were rather scarce again.

After the first salmon of the year was caught on January 13th, there was reasonable hope that the River Drowes might produce a couple more fish this week. Unfortunately, and despite great fishing conditions, the efforts of anglers were not (yet) rewarded. However, with more fisheries opening soon, the 2022 salmon season should definitely pick up more pace in the coming weeks. Lough Currane in Co. Kerry is another fishery which has an early opening date, and anglers traditionally head out in good numbers during opening week. Nevertheless, it has been a rather slow start on this iconic water in Co. Kerry, as Vincent Appleby reports.

Staying with salmon fishing, anglers who wish to catch and keep salmon from the Lower River Lee in Cork this year are being advised that ‘brown tag’ regulations are coming into force from Tuesday, February 1st 2022.

Further information on how to apply for brown tags is available here.

Trout anglers in the Dublin/Meath area will be delighted to hear that Rathbeggan Lakes is going to open its doors to trout anglers again under the name MeathEcoPark. The venue will operate as a fly angling and motorhome park and fishing will be available daily on a catch and release basis.

Things have also been fairly quiet on the pike angling front. However, Bodo Funke of Angling Services Ireland kicked off the new guiding season with a chunky fly-caught double-figure pike for his client, while a pike at extreme short-range saved the day at a venue in Monaghan.

Like in previous weeks, most of the fishing action was provided by sea anglers. Jasper Mathews sent in a great report from the West Connemara coastline, where the relatively calm weather and moderate swell have made for some great lure fishing.

Further north, members of Killybegs Mariners SAC enjoyed an eventful week setting a few new club records. This great shore action including conger, ling, turbot and bass to name but a few of the many species caught makes our “Catch of the Week”!

Offshore, Kit Dunne of Wicklow Boat Charters was back out under blue skies this week and was producing more specimen sized spurdog for his anglers, while up in Donegal Killybegs Fishing Trips reported on their first trip of the season.

Most areas will stay dry and overcast for the weekend with light to moderate southwesterly breezes and daytime temperatures of 6 to 9 degrees. On Sunday, it will be a little fresher along the northwest coast. Some patchy drizzle, mainly on western and northwestern coasts, will also be possible, but generally it will remain dry. High Pressure will continue to dominate our weather pattern for most of next week, bringing generally settled conditions which should allow for good winter angling.

Safe fishing to all and tight lines, especially here in Ireland. If you’re heading to sea, don’t forget to check the tides.

Killybegs Fishing Trips had their first trip of the year, and as expected the fishing was slow, the pollack were scarce and on the small side but plenty of small coalfish going. However, the highlight of the day was a beautiful 74cm cod!

Notes: With over 40 years experience in Sea Angling in Donegal Bay, we bring you to the best locations and guarantee the best that angling in Donegal Bay has to offer. The MV Fiona Tee is equipped with all the latest technology ensuring all our fishing charters are monitored and offer real time tracking. We are also fully equipped with the latest in onboard safety equipment.

Killybegs Mariners SAC had another eventful week packed with some great shore action and a number of new club records including a 36cm dab, a 10cm long-spined sea scorpion and a 67cm shore-caught pollack. A 74cm cod was also added to the club record list. Loads of good flounder, turbot, coleys, conger, a shore-caught ling and a chunky winter bass of almost 50cm completed this bumper week!

Nice double-figure pike on the fly!

Bodod Funke of Angling Services Ireland kicked off the new guiding season with a chunky fly-caught double-figure pike for his client Stephen Barnagh from Belfast. Stephen was using a baitfish pattern fished on a sink 3 line.

Well done and a great start to the new angling season!

Notes: Angling Services Ireland provides the very best in angling and angling tourism. We are based in Boyle, Co. Roscommon, in the North-West of Ireland, an area with many superb angling opportunities.
The Proprietor Bodo Funke holds the Marine and Countryside Guiding Certificate (achieved with distinction) and his expertise and local knowledge will be to your avail when you go on a guided angling trip or angling holiday with Angling Services Ireland. Pike fishing, Fly-fishing for Pike, Game fishing for wild Brown Trout, Float- tubing, Coarse fishing. Salmon fishing and Sea-angling can be organised.

Inshore Angler back on the beaches chasing winter flounder

Courtmacsherry Angling back on the water for first trip in 2022