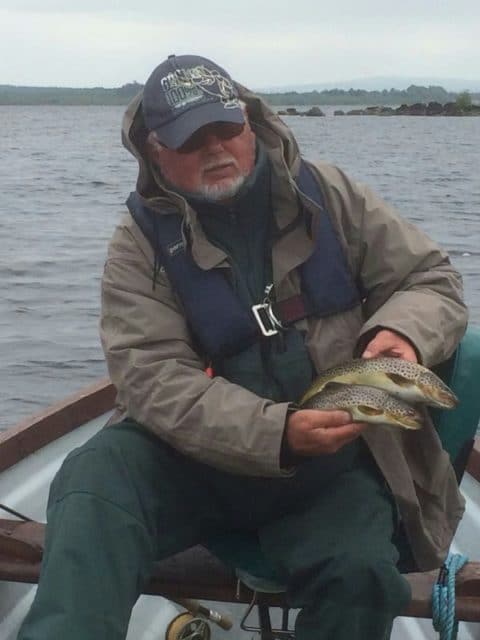 Fishing out of Brackwansha and around the Cormorant Rocks, Philip Coogan and boat partner, Danny Kilcawley, both Sligo, had 5 trout between 1.25 lbs. and 1.5 lbs., all on dry mayflies and Green Peters, while Victoria Bay produced 3 trout, best at 1.5 lbs. for Gerry Walsh and Michael Coleman, both Galway.

The northern end of Lough Conn also fished well with many nice trout up to 2 lbs. taken by anglers. Amongst the successful anglers were Dessie Ruthledge & son Pierce with 3 fish on Green Peters and Vincent O’Boyle & Michael Cawley with 5 fish on wet and dry mayflies.

A couple of competitions were also held on Lough Conn during the week. Results were as follows.

Conditions on Lough Arrow improved considerably in recent days. The mayfly is up on the lake with good numbers of anglers out and a lot of small to medium sized fish being returned. K. Gibson, K. Hutchinson and K. Tully, all guests of Lough Arrow Caravan Park enjoyed a good week’s fishing with many trout in the 2 lbs. range, most of them returned. Local angler, Walter Frazer, also had a 2 lbs. trout, while Muriel Frazer caught a cracking fish weighing 5 lbs. 6oz. on the dab. 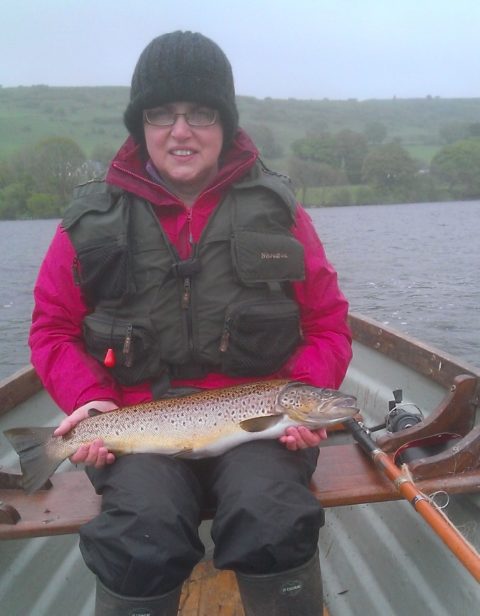 The Ballin Lough Fishery near Westport produced some decent fish for visiting anglers this week. Amongst the lucky anglers were John Muldoon with his boat partner who had a rainbow trout of 4 lbs. and 3 browns, best at 1.75 lbs. Pat Murphy, Galway, boated a 3 lbs. rainbow trout  and a nice brown trout weighing 1.75 lbs.  Best flies included Dabblers and nymph patterns.