Well known  Salmon,Pike and Trout Guide, Kenny Sloan, Co. Mayo had a whopper of a trout while trolling on Lough Conn recently. Fishing over 75ft of water he hooked into the trout on a  trolled float fished roach.

After about 5 mins the trout came to the net. It was measured at 82 cms and was returned to the water to fight another day and wins our Catch of the Week.  Water levels on the Moy are falling well and won’t be long before a springer is caught upstream Around Foxford area.

Kenny Sloan has become synonymous with big pike in the Foxford area. Kenny can guide you on the big wild waters around him Conn and Cullen but he also has a lot of smaller waters at his disposal and even if the wind blows he always has some where to fish making your break as productive as possible.
Web: www.pikemania.co.uk 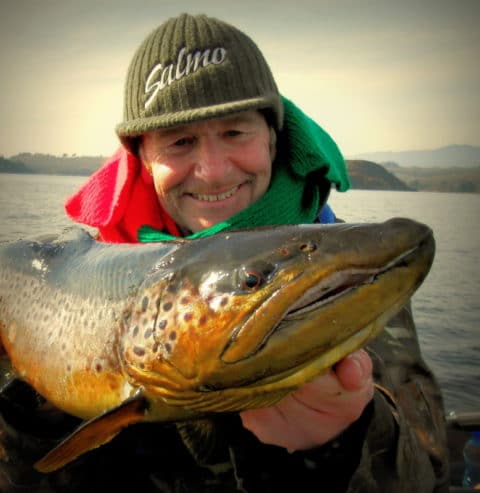