‘Fishing provides time to think, and reason not to. If you have the virtue of patience, an hour or two of casting alone is plenty of time to review all you’ve learned about the grand themes of life’. Carl Safina 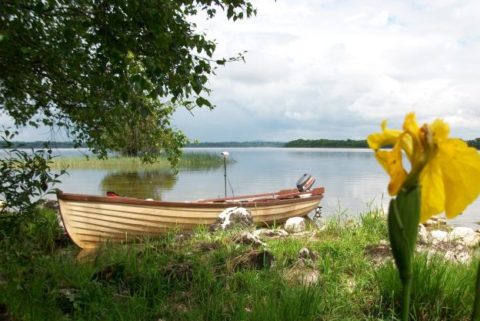 Lough Sheelin’s fishing successes this week were split clearly between two worlds – the world of daylight and the one of darkness. During the daytime, angling numbers on the lake seldom cleared the double figures and although there was some patchy surface activity going on in the form of sedges, a few dark olives, damselflies, midges and the odd terrestrial with some trout in evidence feeding in the calm, it was all very slow and luck was a very necessary commodity for any angler to achieve any sort of a take. Most daytime anglers stuck to nymph/pupae fishing using a foam Booby on the point with various nymph patterns on the droppers.
It was all opportunistic fishing with nothing consistent and for most days this week Lough Sheelin sprawled like a great blanket of moody quietness in front of its frustrated anglers.

As darkness closed in and the shoreline trees became black irregular silhouettes against the water, Sheelin changed and became alive again, once more offering its anglers that chance of catching a heavy weight. Now, into the middle of July, we are well into the sedge fishing phase of the season. The sedge, reputed by some to be the cream of trout fishing undoubtedly gives the angler a good opportunity to catch a 4lb plus trout here, for the big heavy fish quite often leave their lower water larders and surface to feed on the hatching or egg laying sedges and it is predominantly the Great Red Sedge also known as the Murrough and its cousin the Green Peter that act as a trigger to bring them up.

Anglers repeatedly report sightings of huge numbers of juvenile trout within this lake and some of the time these are the only fish that they seem to be catching with questions as to where the bigger ones are. Trout feeding behaviour is something every angler needs to have a look at. 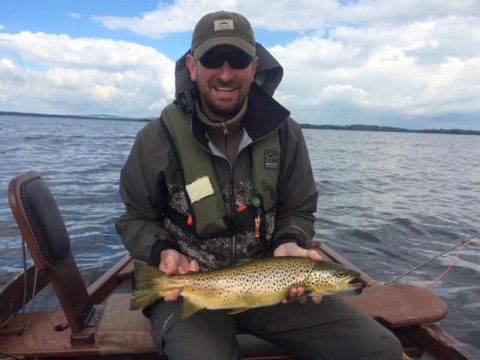 Small hungry trout have to learn what is edible and will have a go at almost anything that floats above them. This trial and error feeding routine becomes less prominent as the juvenile trout learns and become more competent. Trout learn to use their energy wisely when harvesting food some of which is partly genetically imprinted from previous generations. Large trout don’t get large by chasing, or harvesting prey items which are too small, or which are available in insufficient quantities (this is why you need a sufficient hatch of sedge to bring them to the surface, it has to be worth their while). The trout hone in on insects drowned, struggling to emerge or one that are being battered into the surface by wind and rain. Trout like easy pickings. All these unfortunate insects will create a particular image of vulnerability, depending on each situation and it is up to the angler to produce a fly that incorporates a trigger that will interest the trout, such as attached shucks, a jumble of tangled legs or perhaps wings horizontal in the surface film. Even if an angler wanted he could never tie an artificial fly that was a precise copy of the natural and he wouldn’t want to because the trout are looking for that vulnerability so they want imperfection. The reason why some anglers are successful is not because they were fishing with perfect imitations of the natural fly, but because they were fishing with imperfect copies of the real insect and that their flies have had a few good trigger points that portrayed the illusion of prey that was vulnerable in some way.
Just worth some consideration ……… 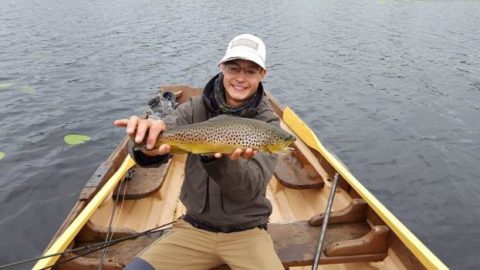 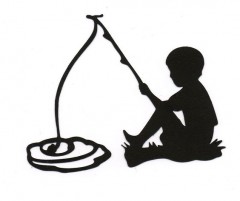 The Lough Sheelin Trout Protection Association will be hosting a Youth angling day on Saturday August13th.. This popular event will include fly tying, fly casting and trout fishing followed by a Bar B Q. Casting instruction will be given by APGAI and participants will have the opportunity to catch fish and receive a small prize. 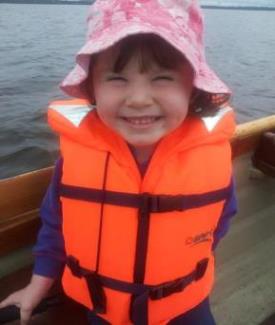 This week, The Irish Times reported that ‘more than 100 people drown each year in Ireland’.

The heaviest fish for this week was a 5lb trout caught by Cathal McNaughton, Antrim using a Murrough in Chambers Bay at 1am on Saturday morning July 15th 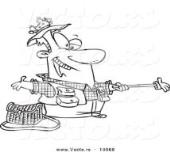 Selection of the Catches…

Ned Clinton fishing with Gene Brady, Cavan – 2 trout at 4 and 4½ lbs on Murroughs.

George Stonehouse, Ross – 1 trout at 3½ lbs at The Long Rock on a Sedge pattern.

Cathal McNaughton, Northern Ireland – 2 trout at 3½ and 5lbs on Murroughs.

The Murrough has been hatching on this lake over the past few weeks now, numbers have been patchy in some areas and good in others with no section of the lake a sure bet to find these sedges. The Murrough prefers the dusk, that half light and the darkness, so any anglers who wanted to catch fish had to plan their fishing time for the evening and night and towards the dawn.

As one angler ‘delicately’ put it ‘Sheelin trout are like my teeth, they only come out at night’. 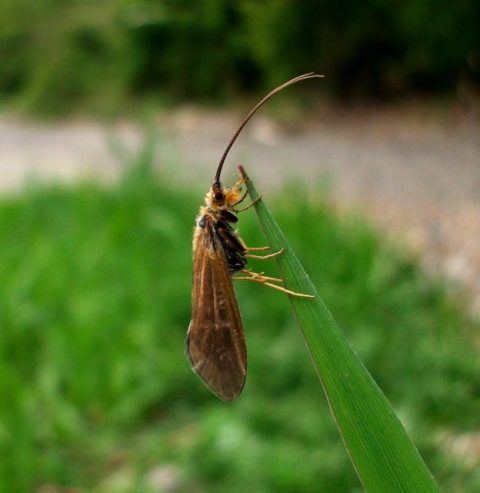 Although the opportunity of catching fish increased dramatically after dark, to catch a trout required considerable work by the angler in the form of listening and waiting. Each evening/night is different on this lake, you could have 5 evenings of blanks with patchy rises and not much happening and then bang along comes an evening of good sedge hatches and a bonanza of rising fish.

Sheelin’s trout rises and fly hatches are dependent on weather conditions, ideally good cloud cover, heat (temperatures at 12 -14 degrees) and a soft wind but the Irish weather is far from predictable or dependable so changing wind directions and rain played havoc with the angling particularly last friday night.
Cold featured earlier in the week but this was replaced by a humid heat courtesy of a mass of air coming from the tropics. Next week has predicted temperatures of as high as 28 degrees but if nights are cold and starry, the sedge fishing will be poor.

Murrough and Green Peter is all about fishing on the blind, more than likely you won’t be able to see a thing in the black of the night, the trout can be heard sipping at the surface insects but only the finally tuned angler hears the change in noise from that sip to a crash as a trout heads for a sedge on the move, a precision cast directly in front of that movement is what gets results but accuracy and concentration are of paramount importance to get a take and when that happens the heart racing adrenaline kick makes it all worthwhile.

Lough Sheelin’s Green Peter – I welcomed back the Peter’s mottled presence on the lake this week. Sheelin has never been renowned for its Peter fishing, neighbouring Mullingar lakes – Owel and Ennell have previously taken this title but over the past few seasons this lake’s Peter fishing has quietly improved, so much so that Sheelin can hold its own with any of its sister trout lakes.

After the mayhem of the Mayfly fishing, July has been a quiet month with many boats gradually filling up with water and seldom actually on water. Angling numbers have slackened off with the view by many that fishing is just too hard at this time in the season and the appeal of the evening rise is not that appealing at all except to the serious angler. Repeated ‘sure it’s just like the dead sea’ comments are made about daytime fishing and to compound to this sometimes Biblical reference, two Jehovah Witnessess called into the office this week, and the comically coincidental thing was they wanted to talk about the Dead Sea scrolls. Before the advent of hard drives, external drives and USBs, papyrus and parchment were the writing materials of the day. Papyrus tears, discolours and weakens easily, a sheet can eventually decay into a skeleton of fibres and a handful of dust, parchment is more durable but it too degrades if mishandled or exposed to extreme temperatures, humidity or light, both are also a target of insects. Survival of written information back then was the exception rather than the rule except for the bible when the Jews cleverly put their scrolls in clay pitchers or jars in dark closets and dry caves which guaranteed their survival. The relevancy to all of this, is that I had been in the process of writing this angling report (growling at a poor broadband connection) when my Jehovah Witnessess landed and their point was the modern life is lived at full tilt but that history and that recording of events is much easier now and more importantly is an unseen necessity in that this is what shapes the future – whether it’s about a lake or a religious belief so they concluded a Lough Sheelin angling report is always worth the effort.

The flies most used this week by anglers were the Murrough, a Small Brown Sedge (12-14 or smaller), Klinkhammers, , the Bibio, Gorgeous George, Yellow Humpies, the Fiery Brown Sedge, the Chocolate Drop, the Grey Flag, hoppers, the Hare’s Ear Sedge, the Alexandra, the Sooty Olive, the red-tailed Green Peter, the Sedge Invicta, the G&H Sedge, the Black Pennel, the Claret Pennel, the Welshman’s Button, a variety of Bumbles and the Silver Invicta.

The best areas for fishing on the lake this week were Lynch’s pt, the Long Rock, Wattys Rock, Chambers Bay, Church Island to Orangefield, Corru Bay, Inchacup, Bog Bay, Goreport and Sailors Garden. Each day’s fishing area was very much governed by wind direction and a few nights early in the week were cancelled out due to cold and rain.

A look around Sheelin…